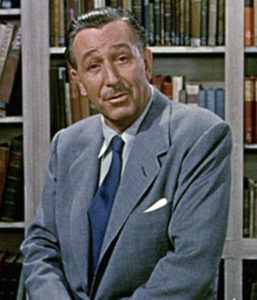 Though long embraced by parents as family-friendly safe zones, Disney’s live action films were just as often called out for their squeaky clean posturing and regressive world views. Fair enough – but as Noah Cross growled, “Politicians, ugly buildings and whores all get respectable if they last long enough” – and a good number of those mild-mannered entertainments, while not exactly ready for the arthouse, are at least worthy of a second look.

Disney Movie Club has released some of those Baby Boomer perennials in sterling Blu ray transfers – unfortunately available to club members only. Here’s part one in a rundown of the more tantalizing items. 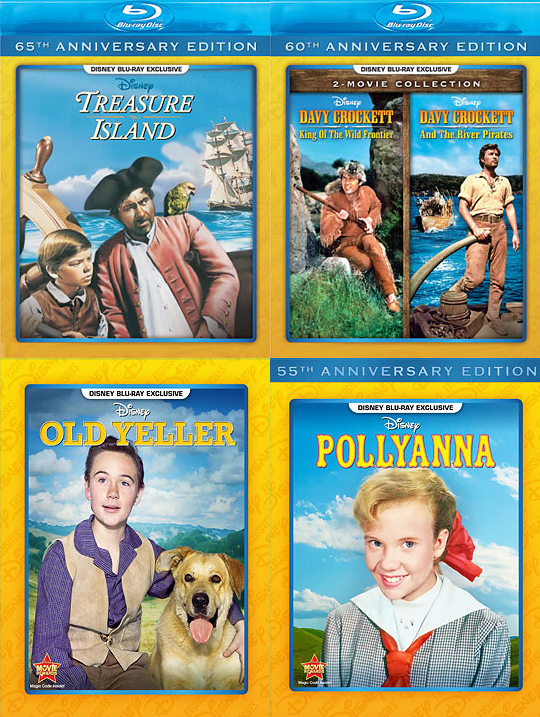 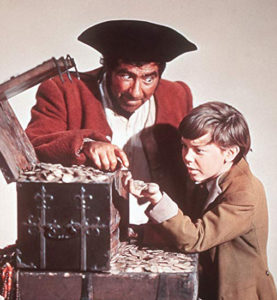 Thanks to cinematographer Freddie Young and matte artist Peter Ellenshaw, 1950’s Treasure Island is a splendid translation of not only Robert Louis Stevenson’s prose but N.C. Wyeth’s illustrations for the enduring pirate saga. Like Wyeth’s art this is a movie that fills your senses – you can practically smell the sea air – yet the brackish landscape is charged with enchantment – a child’s dream of high seas adventure. That heady atmosphere leaves plenty of room for Robert Newton’s extravagant performance as the charismatic con-man Long John Silver, an outrageous turn that in any other venue would be viewed as, to keep to the vernacular, “overboard.” 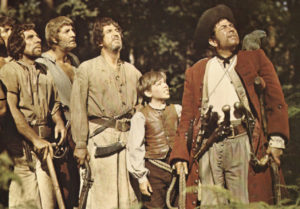 Bobby Driscoll plays Jim Hawkins, a self-possessed young innkeeper who holds the treasure map coveted by Silver and his cutthroat crew. Though directed by yankee Byron Haskin, the film is a distinctly British production – Denis O’Dea and Basil Sydney play Jim’s older-Brothers in Arms while Finlay Currie and Frances de Wolfe flesh out the seafarers stranded on the mainland.

The high seas cat and mouse game between Jim and Silver leads to a surprisingly violent showdown (the child dispatches one poor swab with a bullet square in the forehead) and that, along with the impressionable boy’s knotty friendship with the grizzled pirate – a stone-cold killer by any measure – makes Treasure Island one of Disney’s most morally complex adventure tales. 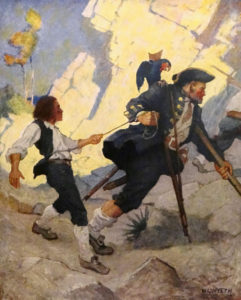 Wyeth’s art for the 1911 edition made him a fortune – he was able to buy a home and build a studio based on the proceeds. The film version was no less kind to Robert Newton. 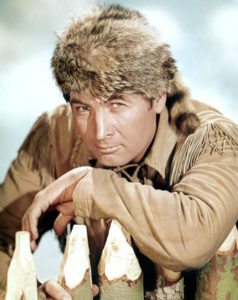 Clad in fresh-off-the-rack buckskin and an imminently profitable coonskin cap, Davy Crockett ambled into pop culture history in December of 1954 on the Disneyland TV show. It was the first in a trio of TV movies that charted the amiable frontiersman‘s path from the Tennessee outback to the halls of congress to his final days at the Alamo. The phenomenal success of those broadcasts ensured Davy and his friend George Russel would return in November of ‘55 with a light-hearted two-parter featuring keelboat captain and lovable blow-hard Mike Fink. Not one to quit while he was ahead, Disney edited those five short films into two theatrical versions released in 1955 and ‘56.

Davy’s small screen incarnation was already hampered by episodic storytelling but the theatrical version, Davy Crockett: King of the Wild Frontier, further exposes the loose seams of the televised versions – no amount of editing can smooth out those rough patches – but these modest prime-time entertainments, tall tales masquerading as history lessons, were never meant to shoulder the expectations of a big screen presentation.

Thanks to an elementary storyline – Crockett and George do battle with water bound bandits during a boat race – Davy Crockett and the River Pirates is a more successful affair thanks to barrel-chested charmer Jeff York as Fink and his mangy crew (with Kenneth Tobey playing way against type as a Popeye-like barroom brawler). The film actually benefits from the cuts made to bring it down to a sleek 81 minutes. 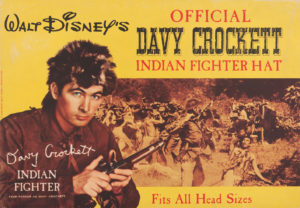 The frenzied reaction to Davy’s exploits remains more memorable than the adventures themselves – a multi-media tsunami that overpowered 5 and dimes, record stores, comic book racks and countless Christmas catalogs. Crockett-mania prevailed in large part due to Fess Parker’s agreeably folksy portrait of the modest woodsman whose aw-shucks persona disguised a wily politician. The easygoing actor, bless him, retired to a winery bearing his name and spent his remaining years sampling the grapes – a Disneyfied version of a W.C. Fields finale. 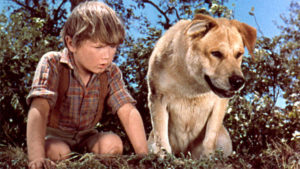 The story of a young farm boy’s fraught relationship with a mangy but true-blue mastiff, Fred Gipson’s Old Yeller was published in 1956 and immediately snapped up by Disney for a Christmas Day release in 1957.

Walt’s brand pervades the film but that familiar signature is co-signed by Robert Stevenson, the closest thing the studio had to a house director. The young Brit flourished in England directing the first version of King Solomon’s Mines and one of Boris Karloff’s most imaginative thrillers, The Man Who Changed His Mind before David Selznick lured him to America to oversee films like the venerable gothic, Jane Eyre.

Stevenson eventually came under the sway of Howard Hughes (helming outré fare like I Married a Communist, AKA The Woman on Pier 13) before turning his attention to kid-friendly matinee items for Disney – his work on such disparate entertainments as Darby O’Gill and the Little People and Mary Poppins defined the Disney sweet-spot – a calculated blend of earned tears and steely-eyed cash grab. 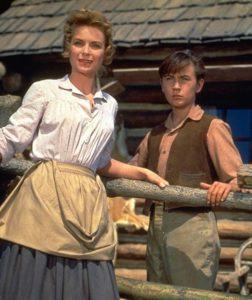 Stevenson took an almost sanguine approach to the unnerving elements in his films (the hair-raising appearance of the Banshee in Darby O’ Gill left marks) so he was well armed for the tragic circumstances surrounding Old Yeller.

Tommy Kirk gives a clear-eyed performance as the young teen who inches toward manhood by killing the thing he loves – heady stuff for the matinee crowd – yet if a film can be said to have a spine, then this movie’s backbone belongs to Dorothy McGuire as the steel-plated prairie rose who dispenses equal amounts of fortitude and courage to her heartbroken son.

Pollyanna, Eleanor Porter’s 1913 novel about a militantly idealistic 12 year old, became quite the unexpected cash cow for the late blooming writer (she was 45 at the time) resulting in 11 sequels, a stage play featuring Patricia Collinge and a 1920 film adaptation starring Mary Pickford. But the release of David Swift’s 1960 version drew a permanent line in the sand – there is only one Pollyanna. 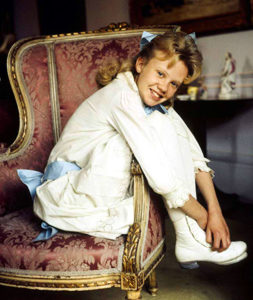 Once a missionary’s daughter, the newly orphaned Pollyanna arrives in a bucolic Maryland town to live with her domineering Aunt Polly, a small town Maleficent whose foreboding aura hangs over the townspeople like a witch’s curse – a spell soon to be broken by the bright-eyed child’s unconquerable optimism.

It is a backhanded compliment to describe Hayley Mills as a “natural” actress. Pollyanna was only the young performer’s second film (after the British drama Tiger Bay) yet according to her co-star Karl Malden she worked hard to manufacture that guileless facade. She was and is one of the most translucent actresses in movies. 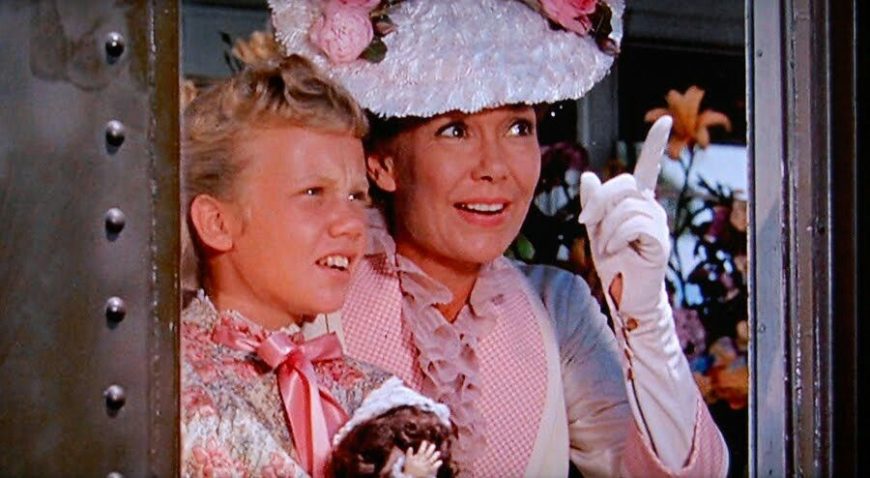 Swift, writer/director of How to Succeed in Business Without Really Trying, had next to no visual style but he was one of Hollywood’s rock steady generals, a consummate commander of large and expansively populated movie sets.

With its sprawling turn of the century houses and voluminous cast list, Pollyanna is prototypical Swift and his supporting players, including Jane Wyman as the frosty Aunt Polly, Malden as a reluctant hellfire and brimstone preacher and Agnes Moorehead as a bitter hypochondriac are but three of the Hollywood pros who fall like mighty oaks before Hayley’s charm offensive.

Though these Blu ray editions are available only through the Disney Movie Club determined fans will find other routes via second-hand buyers here and there on the internet. The club editions are typically bare-boned affairs but the transfers are all exemplary – particularly Treasure Island which is a testament to Freddie Young’s thrilling cinematography.