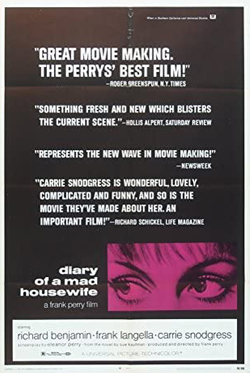 Diary of a Mad Housewife

The feel-bad feminist film of 1970, Carrie Snodgress—in an award-winning performance—plays a housewife who can’t catch a break, especially from the aggressively misogynistic men she keeps running into. The usually affable Richard Benjamin plays against type as one of the most horrible husbands in movie history but Frank Langella runs him a close second as Carrie’s belligerent “lover.”