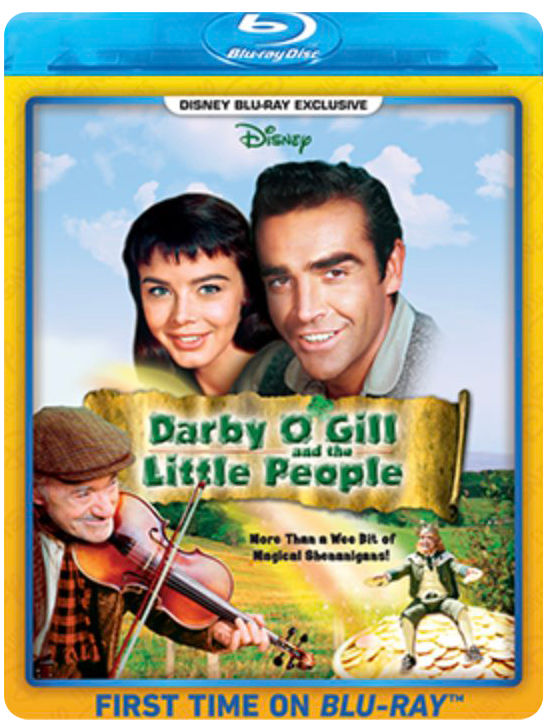 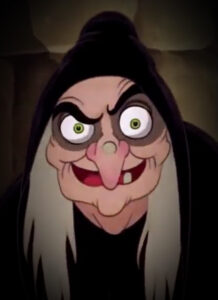 A late ‘50s showcase for classic horror films, Shock Theater managed to captivate children and worry their over-protective parents. But the kids knew the score, if you were looking for a real shock, forget Frankenstein and Dracula and put on a Disney movie.

Walt Disney’s assault on our nervous systems began in 1937 with the story of a bloodthirsty crone bent on removing the heart of her trusting rival—that feel-good fable was followed by the huntsman who murdered Bambi’s mom, and the demon-fueled bacchanal in 1940’s Fantasia (Lugosi, a Shock Theater favorite, modeled for Disney’s artists as the satanic Chernabog—but he wasn’t sufficiently scary). Uncle Walt’s reign of terror reached its apex with another kind of mad monster party in 1959’s Darby O’Gill and the Little People—a full moon parade of green-eyed goblins that saw dozens of children (and a few of their parents) scrambling for the lobby.

It wasn’t exactly Disney’s fault, he got his inspiration from the classics, fairy tales and fables of the 18th century, many of which were not just aggressively weird but medieval in their cruelty (the wicked queen of Grimm’s Little Snow-White is locked in a pair of red-hot steel shoes and made to dance to her death). The little imps in Darby’s universe were not much more sociable, in fact they were some pretty scary fairies—the Scottish poet William Allingham described one of their crime sprees: 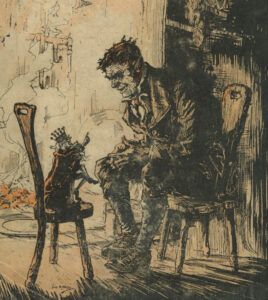 They stole little Bridget
For seven years long;
When she came down again
Her friends were all gone.
They took her lightly back
Between the day and morrow;
They thought that she was fast asleep,
But she was dead with sorrow.

The grandson of Irish immigrants, Disney’s fascination with all things Gaelic came naturally—his love for the region’s folklore was already ingrained by the time he discovered Herminie Templeton Kavanagh, an Irish writer raised in County Longford who relocated to Chicago in the early 1900s. Her tales about a jolly old fabulist and his friendship with a fairy king were collected over two volumes, Darby O’Gill and the Good People in 1903, and Ashes of Old Wishes and Other Darby O’Gill Tales in 1926. 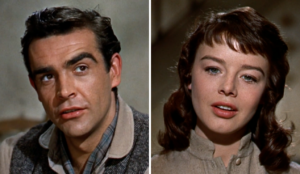 As with most of his pet projects, the meticulous Disney weighed all his options (such compulsion was key to his successes and a few of his failures) and for a hot minute the trades announced he was eyeing both Bing Crosby and Barry Fitzgerald for a traditional Hollywood take on the story. Cooler heads and a small budget put the come hither on those plans and Lawrence Edward Watkin, who transformed 1950’s Treasure Island into an unexpected hit, was assigned the screenplay. England’s Janet Munro signed on as Katie, Darby’s darlin’ daughter, and Sean Connery, in his first American film, played Katie’s good-humored suitor, Michael McBride. 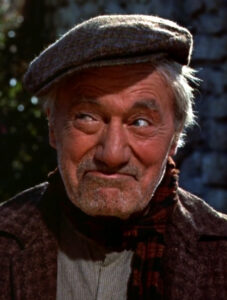 Belfast-born Albert Sharpe, best known for his performance in the Broadway version of Finian’s Rainbow, is Darby himself, a caretaker who lives in Rathcullen, a sunny hamlet dominated by the dark tower on the outskirts of town, a tombstone of a mountain called Knocknasheega (that doomsday precipice, along with most of the film’s picture postcard landscapes, was the work of matte artist Peter Ellenshaw.) Those godforsaken cliffs double as home office to King Brian, the 5,000 year old King of the Leprechauns and Darby’s supernatural sparring partner—he’s played by Irish comedian Jimmy O’Dea.

Like all friendly enemies, Darby and the King need each other—the old man earns free drinks with his tales of the leprechauns and King Brian is grateful for the publicity—Darby is a lazy groundskeeper but a tireless custodian of local legends (as was Disney, who found something of a surrogate in the grizzled raconteur). But there’s trouble in paradise, Darby is being put out to pasture by Lord Fitzpatrick who’s grown tired of the old man’s lazy ways; “Darby retired years ago but forgot to tell me about it.” In a misguided attempt to console his friend, King Brian lures Darby to Knocknasheega for a life eternal among the little people but a series of mishaps—among them a rampaging ghost horse called The Púca—lands Katie at death’s door. In this neck of the woods, that means a visit from a most alarming town cryer. 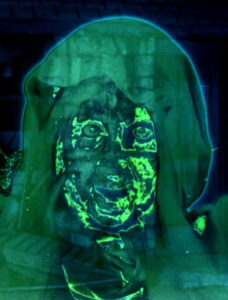 In Ireland death can come suddenly but never without warning—and considering the nature of that warning, death may be preferable. The bearer of bad news is bad news herself: the Banshee, a translucent spirit whose wail is “mournful beyond all other sounds on earth” and, to quote Glenda Farrell, “makes Frankenstein look like a lily.” As designed by Disney’s special effects team the howling hag comes complete with a tattered shroud, ravaged green complexion and stiletto-like claws. Those talons are ready to go for the jugular and so is director Robert Stevenson, who uses this emerald-colored ghost to maximum effect, even manufacturing a Jaws-worthy jump scare. 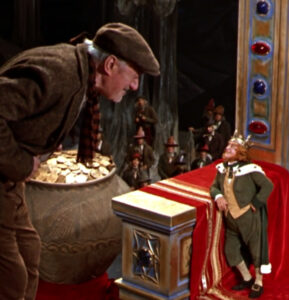 The duo (and their assistants) perform several more miracles in Darby O’Gill that still befuddle the senses 63 years later. Darby’s visit to the leprechaun’s lair is the centerpiece of the movie and a tour de force of deception; Sharpe is surrounded by a dizzying throng of singing, dancing little people—some on horseback—and they could fill a small baseball stadium. They’re filmed from every conceivable angle as Darby wanders among them with no visible signs of hocus-pocus—the effect is completely seamless (Disney technicians relied on forced perspective and some sophisticated trickery with mirrors and matte paintings). 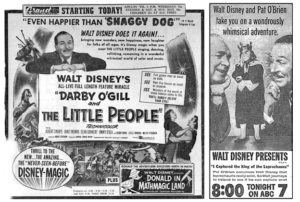 With specters lurking behind every tree and the Cóiste Bodhar (a death coach the Banshee uses as her personal taxi) always close by, the most radiant terrain in Rathcullen becomes a haunted house at night—those baroque but fearsome trappings make Darby O’Gill and the Little People the closest thing to a Hammer film Disney ever produced (Katie’s moonlit stroll near Knocknasheega would not be out of place in Brides of Dracula). Walt, as ever, spared no expense in publicizing his effort, going so far as to produce an elaborate special called I Captured the King of the Leprechauns for his weekly Disneyland tv show. Broadcast just a month before the film’s June release, it’s basically a 50 minute commercial but produced with the same care as the big screen feature it promotes (screenwriter Watkin also wrote the teleplay). It’s part of the extras on the new Blu ray release from the Disney Movie Club. 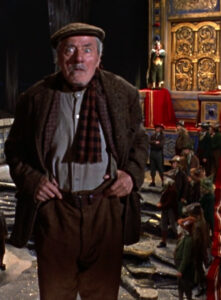 The transfer is excellent and the myriad effects shots tend to enhance the film grain, but it hardly matters—Winston Hoch’s fine cinematography (and Ellenshaw’s wizardry) convinces us we’re looking at the real Irish countryside and not the rolling hills of Agoura, California where some of the film was shot. Along with the Disneyland special (presented in high definition), the disc contains the same extras from the 2003 dvd release; Mr. Connery Goes to Hollywood, an interview with the amiable superstar who recalls his time among the little people with great fondness, and Little People, Big Effects, an illuminating, if brief, documentary about the movie’s effects.

Thanks to John McElwee of Greenbriar Picture Show for the Darby ad mat—to paraphrase the Joker, “Where does he get those wonderful pictures?”

Update: This release preserves the film’s original soundtrack with all Irish accents intact.