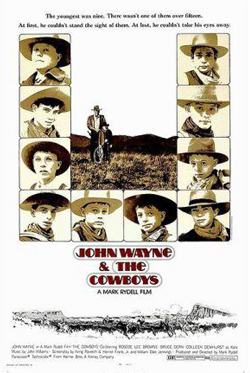 The always-idiosyncratic Bruce Dern achieves a new level of screen villainy as the stringy-haired cattle-thief psychopath in Mark Rydell’s out-of-the-ordinary John Wayne vehicle. Controversial in its day, it’s one of Wayne’s best latter-day projects, seemingly designed as a kind of swan song– but that actually came several years later with The Shootist. Followed by a short-lived tv series.