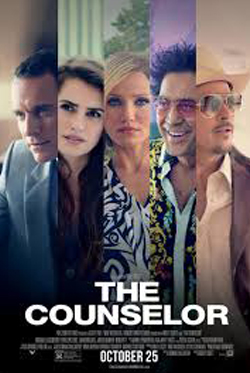 Courtesy of a script by Cormac McCarthy, Ridley Scott’s 2013 thriller veers wildly between over-the-top satire reminiscent of Terry Southern at his most indelicate and grimly ghoulish violence ala McCarthy’s own No Country For Old Men. The stellar cast, who seem down for anything, includes Michael Fassbender as the slightly honorable lawyer to an extremely dishonorable drug runner played by Javier Bardem. Brad Pitt drops in for a charming cameo as a doomed business associate but the film will be best remembered for Cameron Diaz as the crime lord’s girlfriend who reminds us you can’t spell “carnal” without “car”.