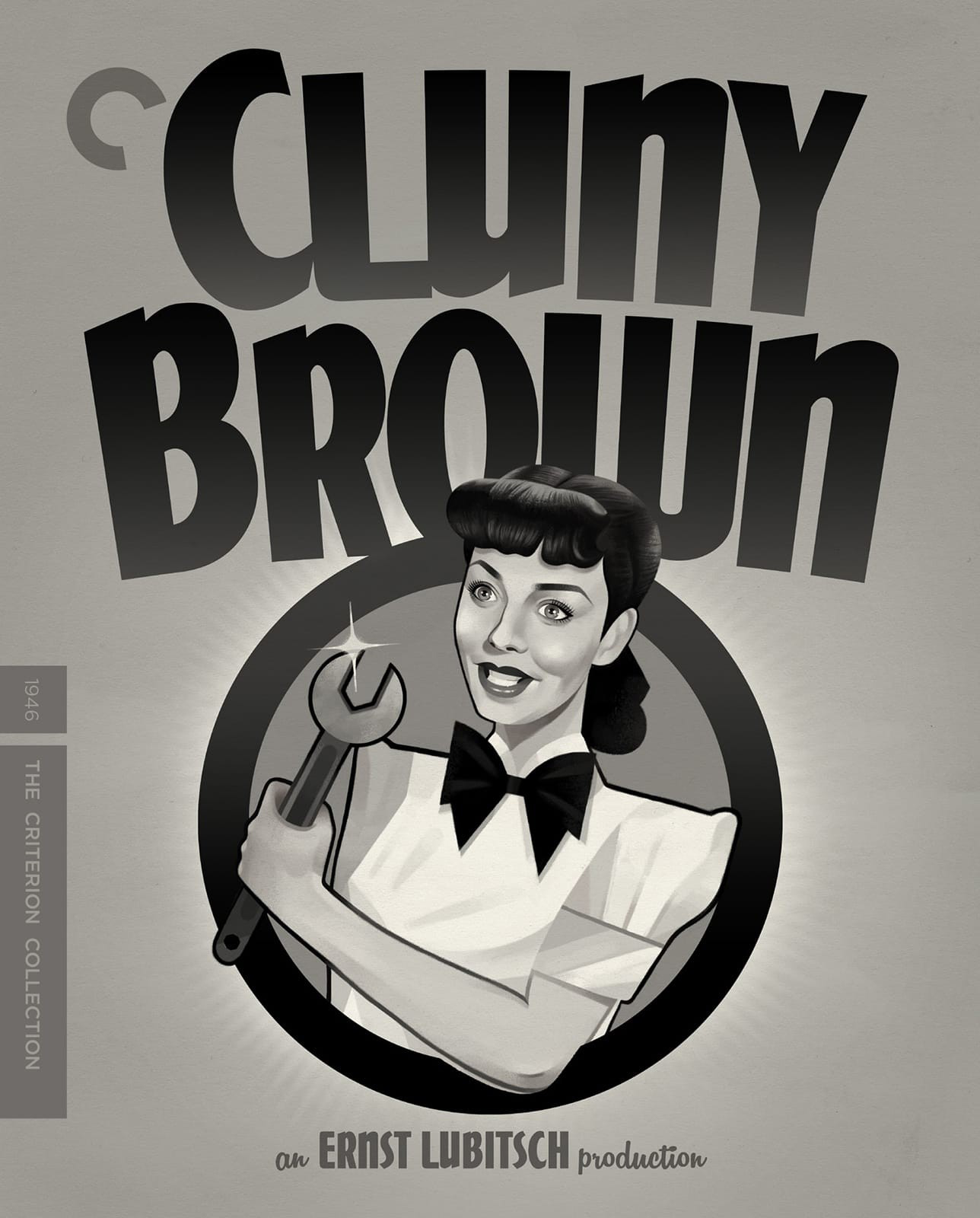 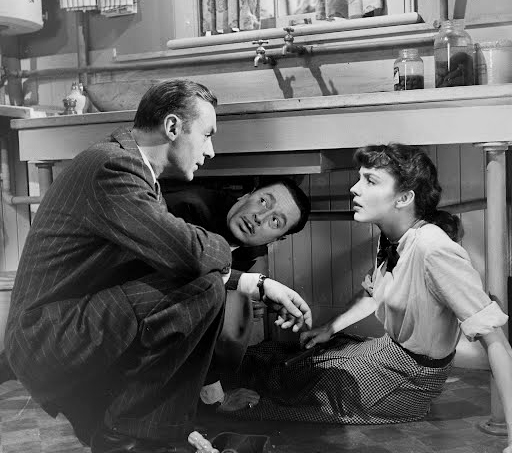 The last film completed by Ernst Lubitsch before his sudden death in 1947, Cluny Brown is the life-embracing work of a determined romantic – unintimidated by poor health let alone the World War that raged during the movie’s production. The story of an unvarnished beauty who finds happiness in a leaky faucet, Jennifer Jones plays Cluny, the low-brow but high-spirited plumber’s apprentice and Charles Boyer is her romantically inclined guardian angel, Adam Belinski. Belinski is a penniless refugee who drops by a posh party in search of cash and is mistaken for the maintenance man – just as Cluny arrives to unclog the pipes and save the day. She celebrates with one too many beverages (“My first sink and my first cocktail… I feel… ‘chirrupy’”) and is banished by her class-conscious uncle to serve on a country estate until she understands her “place” in society. 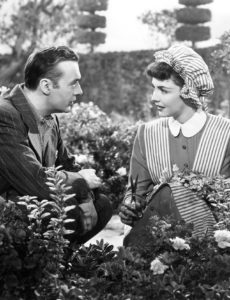 As fate and Lubitsch would have it, Belinski is misunderstood yet again – a clueless scion confuses the mysterious Czech for a fugitive freedom fighter and gives him sanctuary in the same manor house where Cluny toils as a parlor maid. The smitten Belinski watches with growing admiration as the apron-clad naif adjusts to life among the well-meaning but distinctly aloof upper crust. But there’s a spanner in the works – Cluny allows herself to be hijacked by the town pharmacist played by Richard Haydn – a priggish momma’s boy who makes Ichabod Crane look like Dwayne Johnson. 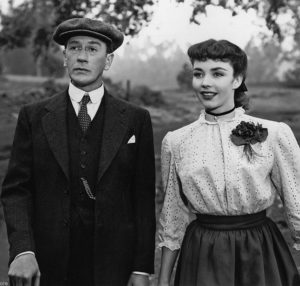 Their painfully funny courtship – the stiff-backed puritan wheezes out tunes on the harmonium while his omnipresent mother looms nearby  – has a ripe Dickensian flavor that could easily tip into Bleak House darkness were it not for the hilarious Haydn and James Whale’s favorite eccentric, Una O’Connor, as the snoring, throat-clearing monster mom.

Cluny Brown is a joy from start to finish and one of its greatest pleasures is the cosmopolitan Boyer’s screwball approach to sabotaging Haydn’s romantic endeavors (such as they are). The great actor, a sophisticate through and through, gets in touch with his inner schoolboy by ringing Haydn’s doorbell at the most inconvenient moments… and running away. Jennifer Jones was never more luminous – so alluringly guileless that, as her wide-eyed world view threatens to upend her happiness, audience concern for Cluny is strained to its breaking point. But there’s little doubt of a happy ending – and the storybook finale on the streets of Manhattan is picture perfect – Cluny finally finds her “place” – in Belinski’s arms.

Though the film was released just seven months after the end of World War II, it’s set in 1936 when the Nazis were on the rise – it’s an unspoken theme in Cluny that the pampered aristocrats are oblivious to any threat beyond their rose gardens – but that’s true of the film itself. Remarkably, this bejeweled romance positively thrives within the walls of Lubitsch’s music box fortress (British critics were unimpressed by such frivolity in the face of horror.) 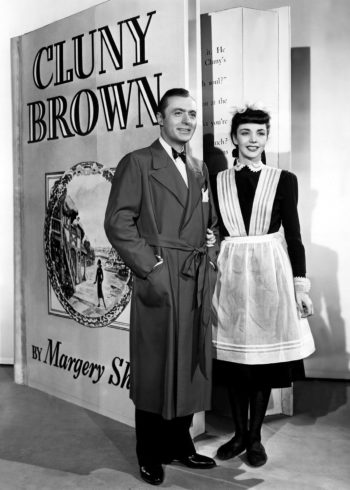 Based on a novel by Margery Sharp, the superb screenplay, by Samuel Hoffenstein and Elizabeth Reinhardt, is, like Cluny herself, a combination of wisecracks and wisdom, Shaw mixed with slapstick. Probably best known for her children’s book, The Rescuers (Disneyfied in 1977), Sharp’s novel about the impressionable Cluny was first serialized in Ladies Home Journal between July and September of 1944 when it was purchased by the savvy Darryl F. Zanuck and Lubitsch.

The prolific Sharp found Hollywood scooping up more of her work including The Nutmeg Tree, adapted in 1948 as Julia Misbehaves with Greer Garson, and her 1956 short story The Notorious Tenant—the basis for Richard Quinn’s The Notorious Landlady with Jack Lemmon in 1962.

Cluny Brown itself was so popular it spawned a newspaper comic adaptation by illustrator Wallace Morgan.

Criterion’s Blu ray presentation of Joseph LaShelle‘s lush photography (the man shot everything from The Apartment to I Was a Teenage Werewolf) is immaculate and they’ve loaded the disc with several notable extras including:

A new conversation between two superb writers, Molly Haskell and Farran Smith Nehme, about all things Lubitsch – with special insight into his female characters.

The Lubitsch Touch, an interview with film scholar Bernard Eisenschitz from 2004.

A print essay by novelist and essayist Siri Hustvedt.