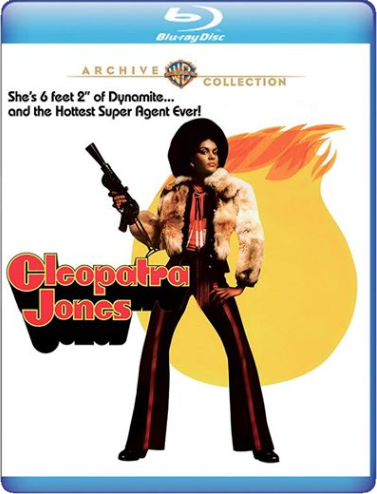 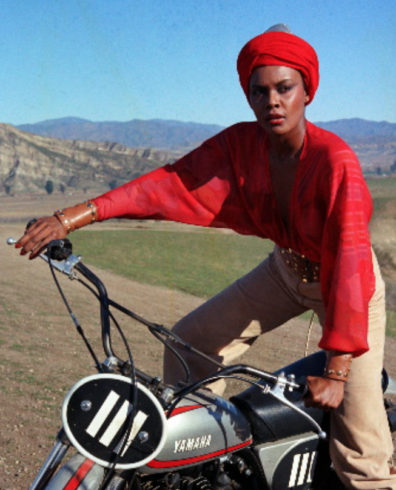 A good-natured if rickety assemblage of action movie cliches, Cleopatra Jones is dominated by two bigger than life actresses, Tamara Dobson and Shelley Winters. The movie’s trailer promoted Dobson as the “soul sister’s answer” to James Bond but you can count Bruce Lee, Emma Peel, Shaft and The Girl from U.N.C.L.E. among Cleo’s many relevant role models.

Winters plays “Mommy”, a foulmouthed mob boss who depends on the thriving Poppy fields of Turkey for her cash flow and Dobson is Cleopatra, an Amazonian fashion plate whose special agent skills range from karate to high speed car chases – her plan to wipe out Mommy’s syndicate leads to a high octane race through ‘70’s era L.A. from Skid Row to the L.A. river ending, appropriately, in a dumping ground for burnt out jalopies.

Those fender-bending sequences eclipse even Dobson’s silky allure thanks to director Jack Starrett’s hard-charging if crude direction – the then-37 year old had toiled in Texas oil fields long before shucking his hard hat for Hollywood where his work ethic and sunburnt profile payed off – he scored roles in a succession of chain-rattling biker pics like Hell’s Angels on Wheels and The Born Losers before ascending to the director’s chair with Run, Angel, Run in 1969. 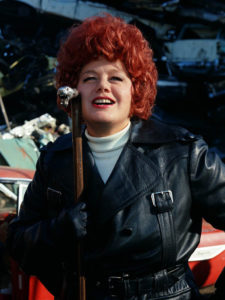 In 1975 he directed his most memorable mash-up, Race with the Devil, a supernatural take on Easy Rider with Peter Fonda fending off satanists rather than rednecks. Pick your poison.

Starrett expanded his horizons with other free wheeling entertainments that exhibited the same affinity for South Central L.A. as the Southwestern flatlands. In Cleopatra Jones he observes the unwritten rules of Blaxploitation – our heroine is framed as a quasi-mythical presence, an indomitable moral authority with a lethal right-hook – and she multi-tasks.

While dealing with Mommy and her syncophants in Beverly Hills Cleo takes time to stand guard over a halfway house in the projects run by sometime beau Reuben Masters (a stone-faced Bernie Casey), perhaps one of the few men in her 6 ft. 2 orbit who needs to lean down to kiss her. 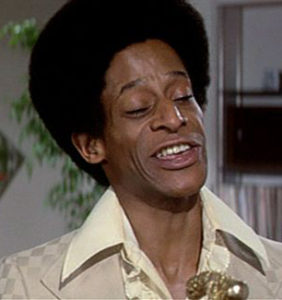 Even with Dobson’s collectible action figure appeal and Casey’s glowering machismo, Cleo and Reuben do not make for a scintillating power couple – fortunately they’re surrounded by an cast of well-traveled pros including Esther Rolle, Dan Frazer and most memorably, the genre’s own Little Richard, Antonio Fargas.

Starrett had the imagination of a high-flying stuntman but his directorial skills were pure grindhouse  – fortunately he was working with a cheeky script by Max Julien and Sheldon Keller that smooths over the film’s rocky patches. Julien was a streetwise actor with roles in The Black Klansman and The Mack and Keller was a seasoned gag man who wrote for television’s cream of the crop of including Caesar’s Hour and The Dick Van Dyke Show. Oh, to be in that writers’ room.

Cleo got her own sequel two years later in Cleopatra Jones and the Casino of Gold but the bubble had burst (temporarily) for Afro-centric super heroes. Dobson worked sparingly after that, including a thankless role in the retro-farce, 1976’s Norman, Is That You? (directed with a bulldozer by Laugh–In’s George Schlatter – making Starrett look like Renoir.)

Starrett continued his crazy quilt career, zig-zagging between Southern fried chest thumpers like Final Chapter: Walking Tall and TV work (including, appropriately, Starsky and Hutch and The Dukes of Hazzard).

Warner Archives new Blu ray release features a fine transfer of David M. Walsh’s widescreen cinematography. Smith’s resume was its own cinematic smorgasbord including such prototypical 70’s films as Sleeper, The In-Laws and The Goodbye Girl. Warner’s disc is a bare-bones affair with a trailer the only extra.

Cleopatra Jones has yet to appear on Trailers From Hell! but here’s Josh Olson on Starrett’s Race With the Devil: