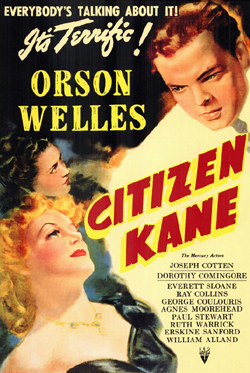 For years Orson Welles had to deal with the perception of failure when none of his subsequent works had equivalent cultural impact, but let’s face it, the legacy of Kane is the legacy of movies. Despite brilliant later work, Welles remained indelibly defined by his monumental debut– perhaps ultimately not a bad thing considering it’s been ranked for nearly eight decades as arguably the greatest movie of all time. To keep up on Wellesiana, this is the place to bookmark.