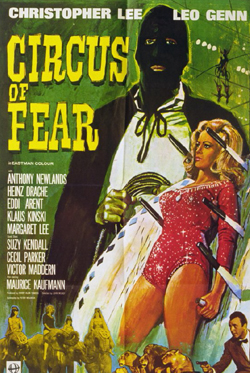 One of numerous entertaining coproductions based on the voluminous writings of British mystery writer Edgar Wallace, this was released in Germany and the US only in black-and-white, the latter in a heavily cut version and the former because the German coproducers wanted to promote another film, Phantom of Soho, as the first color Edgar Wallace film.