Joan Micklin Silver applies sensitive direction to Ann Beattie’s novel about a lonely guy trying to win back his girlfriend, and going about it in all the wrong ways. John Heard is excellent as Charles, who can’t understand why Laura (Mary Beth Hurt) has gone back to her husband and child. The whole thing plays out during a snowy winter in Salt Lake City… which is not the place to expect unrealistic romantic dreams to come true. 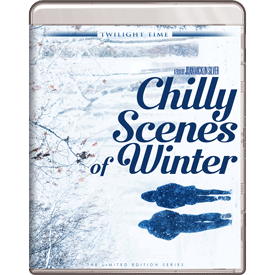 Joan Micklin Silver’s Chilly Scenes of Winter is special and rewarding drama adapted from the first novel by Anne Beattie, who was barely in her twenties when she started getting published in magazines like The New Yorker. The movie has the distinction of being released twice. United Artists first premiered it in 1979 with the quizzical title Head over Heels. As the saying goes, the paying public stayed away in droves. But the studio was persuaded three years later to reissue it under its original title, and with its original ending, the same one in the book. The film’s main character is played by actor John Heard, whose Cutter & Bone was also reissued by UA under a different title, Cutter’s Way. The now famous Cutter’s Way was a dismal flop both times out the gate, but Chilly Scenes of Winter performed well on its reissue. 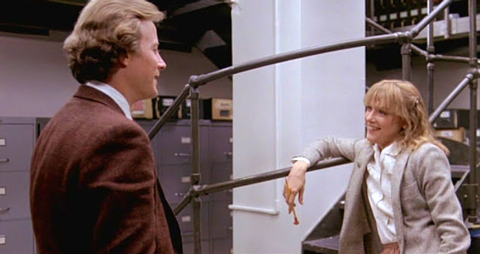 A desultory romantic story lacking an ending that provides a feel-good sales hook, Chilly Scenes tells the story of Charles Richardson (John Heard), a single thirty year-old who has a modest income from his civil service job in Salt Lake City, ‘making reports out of other reports.’ But he owns a house inherited from his grandmother and shares it with his sister Susan (Tarah Nutter), and sometimes, with his chronically unemployed and undependable best friend Sam (Peter Riegert of Animal House and Local Hero). Charles is convinced that life is absurd. His slightly deranged mother Clara (Gloria Grahame) drinks too much, goes into fits of depression and has a bad habit of taking baths with her clothes on. She’s tended to by Pete (Kenneth McMillan of Dune), a sweetheart who can’t do much with her but is extremely loyal.

About a year ago Charles fell in love with a married but separated woman at his place of work, Laura Conley (Mary Beth Hurt), who moved in with him for a while. They got along well until she decided to go back to her husband, Ox (Mark Metcalf), and her small child. Charles has been suffering under the hope/delusion that he’ll get back together with Laura, a need that is turning into an obsession. He keeps finding excuses to see her, eventually becoming so obnoxious that he begins to scare her. Meanwhile, to find out more about Laura Charles feigns an interest in Betty (Nora Heflin), a co-worker. He also inadvertently spills out his angst at the blind newsvendor in his building. Nothing works for Charles. When he tries to tell Laura how important she is to him, she complains that he has an unrealistic picture of her – like him, she also doubts her self-worth: “You have this exalted view of me, and I hate it. If you think I’m that great then there must be something wrong with you.”

A character piece about ‘ordinary’ yet highly individualized people, Chilly Scenes of Winter plays like an extended magazine piece concerned with the mundane issues that drive people crazy. Charles has a full slate of family problems. He is normally a cheerful, amiable giver to those around him, albeit with a droll sense of humor. He encourages his sister Susan, who in pursuit of ‘normal’ is becoming serious with a fussy med student (Griffin Dunne). Charles puts up with the sarcastic Sam, even when the freeloader abuses his hospitality. He comes to the rescue of his mother Clara at least once a week. Charles even lets his boss (Jerry Hardin of The Second Civil War) rope him into offering advice to improve his son’s sex life.

John Heard and Mary Beth Hurt generate a terrific chemistry together. Charles initially comes on in a way Laura can’t resist — he’s exactly what she needs to feel better about herself. Laura has an open, playful smile; she’s looking for something sweet in her life even though she knows she’ll have to go back to make good on her previous marriage bargain. Winter is setting in, and Salt Lake City looks like a dreadfully lonely place when one isn’t attached and wants to be. Charles is convinced that they’re a perfect match and that she’s being unreasonable. All would be well if she didn’t have this family to return to. 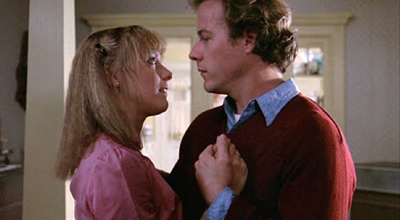 The back story is revealed in careful flashbacks by Charles, who narrates and sometimes talks to the camera, Alfie- style. He’s convinced he’ll turn things around but still obsesses about what went wrong. The ugly arguments arrive when Charles begins to crowd Laura about their relationship. He fears that she’ll leave him and then makes the prophecy come true by becoming paranoid about her movements. Laura felt unfulfilled before, and the last thing she needs is to be controlled by a neurotic. Charles unfortunately thinks that some kind of contract is being broken, that Laura owes him something, to be exact a life of companionship. It just doesn’t work that way in the real world — you get a number of shots at happiness, and if the gears don’t mesh right, that person you think you can’t live without will go find someone else.

Chilly Scenes of Winter is adapted and directed by the talented Joan Micklin Silver, whose most famous film is still her first, the wonderful story of Immigrants in New York at the turn of the 1900’s, Hester Street. Ms. Silver takes the approach that the story is the most important element, and marshals her cast behind that imperative. We have no idea whether Laura and Charles will get back together, and we watch to see if the characterizations remain true, if the situations maintain believability. Chilly Scenes never descends into bathos or asks for undue sympathy. It’s like we’re watching people we know. It’s not even all that tragic that Charles is losing his girlfriend – as he’s often his own worst enemy. Everybody around Charles can tell that the relationship is unhealthy, especially his sister, who seems eager to escape to a separate life of her own. 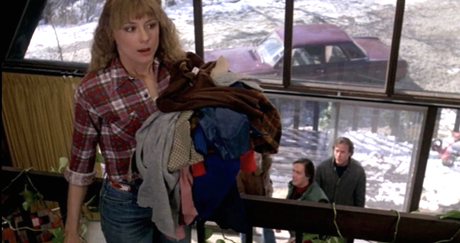 Fans of Cutter’s Way will be happy to see John Heard in such a meaty, worthwhile part. He didn’t get many, and years later was still fumbling in unrewarding roles in otherwise good movies: Big, The Package. Mary Beth Hurt got her innings in with promising pictures like The World According to Garp; but her exciting roles are few and far between as well. It’s quite a pleasure to see them working together.

The modest production uses two of its producers in supporting parts, and author Anne Beattie shows up in a cameo as a waitress. The gullible office girl Betty is played to perfection by Nora Heflin, a niece of actor Van Heflin. Her role is essential, as Betty is infatuated with Charles but used fairly callously by him. That very believable detail keeps us from seeing Charles as an innocent martyr. The movie is quite adult and mature that way. 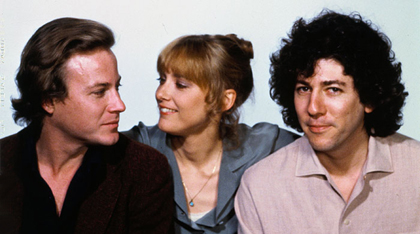 The Twilight Time Blu-ray of Chilly Scenes of Winter is fine encoding of this fairly obscure picture with performances that fans ought to want to check out. The colors indoors are warm and soft. The alternate Head of Heels release reportedly had a different, more positive finish, but it isn’t included as an extra and I’m not sure what transpires in it.

Glenn, I saw Head Over Heels first-run. After John Heard finishes his jogging run at the end of the picture, he returns home to his apartment, and finds a happy Mary Beth Hurt there, waiting to reconcile with him. It’s really just one extra scene at the end. The revised Chilly Scenes of Winter cut ends with Heard resting after his jogging run. No Mary Beth Hurt, no reconciliation.

I briefly dated a woman who had seen both cuts. The first time she saw the film, she was depressed and didn’t want a clichéd ‘feel-good’ ending. So, she was disappointed with the happy ending.

When the picture was reissued about 3 years later, she remembered the cast but didn’t take note of the new title. She had just broken up with another man, and so she WANTED the happy ending that she recalled from Head Over Heels. So, she went to see it again, not expecting that the ending had been changed to a sad one. So, both times, the film’s ending was a let-down for her. She’ll probably never watch it again! / John Black, 3.04.17

Twilight Time provides a discrete audio track for Ken Lauber’s music score. A welcome commentary track gives us Joan Micklin Silver and her noted producer, Amy Robinson, whose producing credit is on Baby It’s You, After Hours, Running on Empty and Julie and Julia. They’re fully lucid and open about the entire producing and filming process, from securing their cast to worrying if the snow they need will arrive on time. For once in the history of moviemaking, it did. Somebody from Salt Lake City tell me that things there aren’t that dull or predictable.