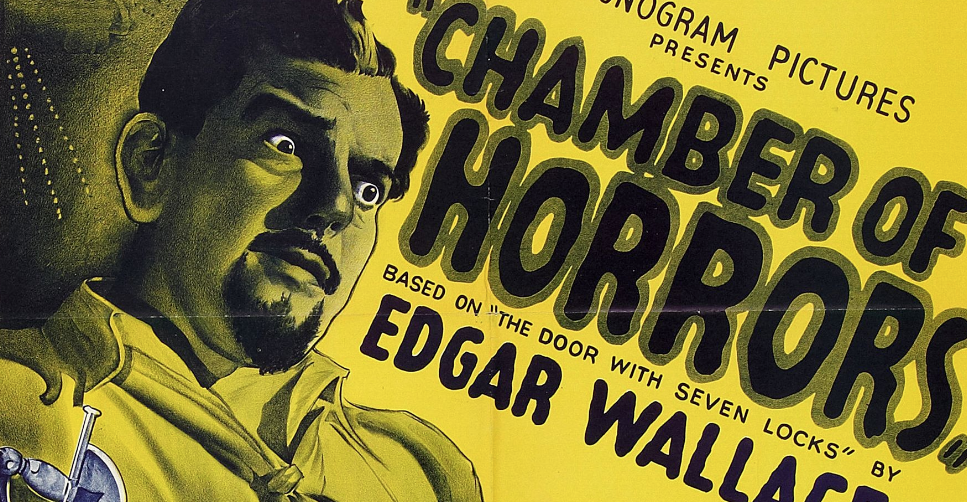 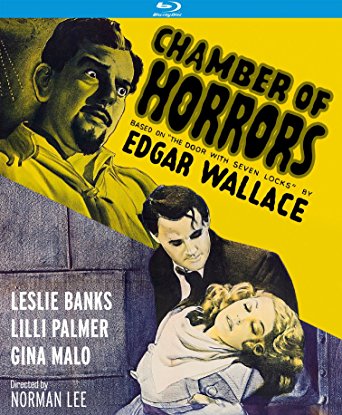 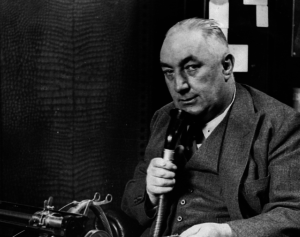 Near the turn of the century a struggling war correspondent named Edgar Wallace began churning out detective stories for British monthlies like Detective Story Magazine to help make the rent. Creative to a fault, his preposterously prolific output (exacerbated by ongoing gambling debts) soon earned him a legion of fans along with a pointedly ambiguous sobriquet, “The Man Who Wrote Too Much.”

A reader new to Wallace’s work could be excused for thinking the busy writer was making it up as he went along… because that’s pretty much what he did. He dictated his narratives, unedited, into a dictaphone for transcription by his secretary where they would then be passed along to the publisher, still unedited. That’s how they would appear on the newsstands, unsullied by a second opinion, let alone an established dramatic vision. As a result, though his stories are full of colorful super-villains and amusingly outré situations, the books meander from one moment to the next, essentially shapeless in form if not content. The boneless chicken of crime fiction.

Fortunately for his pocketbook as well as his enduring reputation, Wallace is one of those writers, like Mario Puzo and Michael Crichton, who improves when translated to film.

His work first found its way to the screen in 1921 with The Four Just Men, a silent film directed by George Ridgwell. In 1939, The Dark Eyes of London starring Bela Lugosi as the duplicitous Dr. Orloff, did well enough at the box office to open the door to a 1940 production of The Door with Seven Locks, released in the U.S. as Chamber of Horrors with saturnine English actor Leslie Banks in the lead. 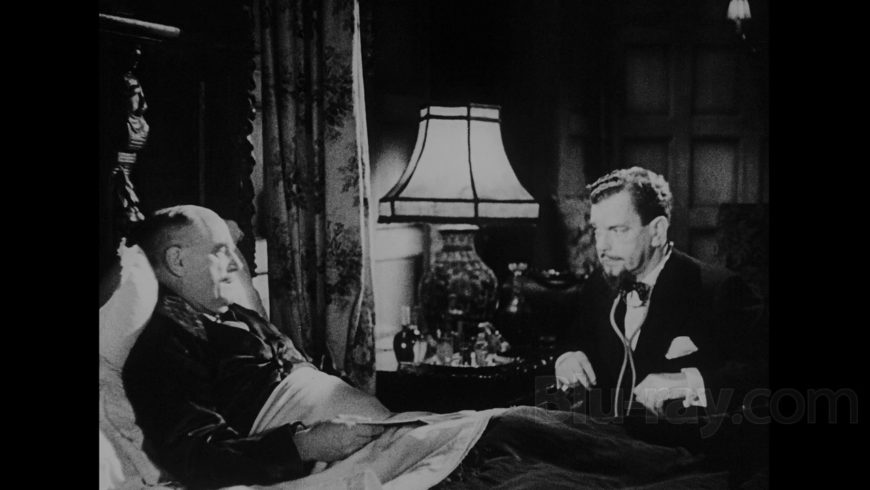 Banks had a checkered career on the stage, his bug-eyed scowl and satanic goatee served him well in the role of Captain Hook in Peter Pan and he was content with showing a softer side as the cuddly schoolmaster in 1939’s production of Goodbye Mr. Chips. For better or worse, it’s standard practice that stage actors must project with a capital “P” and Banks would find no reason to tone down that flamboyantly theatrical presence in his move to films like The Most Dangerous Game and Chamber of Horrors.

In Chamber, Banks plays Dr. Manetta, a physician who oversees the estate of a recently deceased lord. The late nobleman is buried with a treasure trove of jewels in a Poe-worthy enclosure that is secured by seven separate locks. The keys to those locks are the keys to the mystery as well, and when they fall into the wrong hands, the game is afoot.

Directed by Norman Lee, a sincere but anonymous journeyman, Chamber is a draggy affair featuring suspense-less suspense scenes and comedy relief that brings naught but anxiety. The sloe-eyed presence of a young and dishy Lilli Palmer is welcome but it’s up to Wallace’s old dark house trimmings and generous helpings of red-herrings to provoke our continued interest. 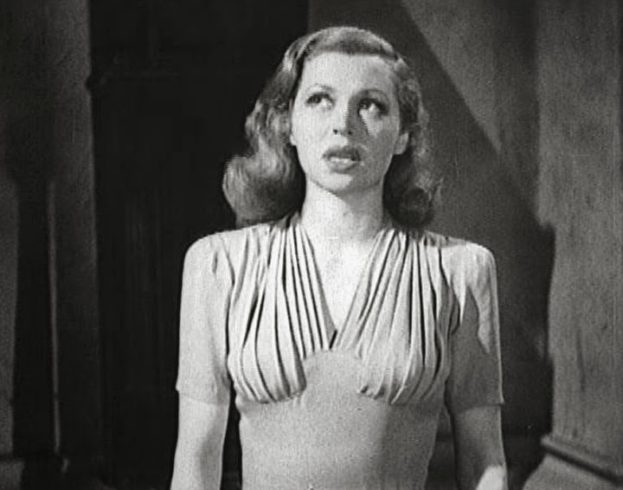 Cinematically speaking, Wallace’s presence waxed and waned after Chamber‘s release when, in the late 50’s, it fell to Wallace’s son Bryan to re-ignite public interest in his father’s work with a protracted series of films produced in West Germany based on Wallace’s formidable catalog. It was then that remakes of Dark Eyes of London and The Door with Seven Locks, along with dozens of other Wallace potboilers, found not only a new audience but an audacious new way to present them.

Filmed with great wit and visual flair by directors like Alfred Vohrer and Harald Reinl and actors like Joachim Fuchsberger and Heinz Drache, the krimi (German for “thriller”) helped introduce indelible character actors like Klaus Kinski, Senta Berger and Karin Dor to American audiences. For those who love the world of Edgar Wallace, look no further than this entertaining string of satirical spine-chillers.

Kino Lorber, working with a sometimes faded and ragged print, have brought Chamber of Horrors to blu ray in a release that should please the fans of rare penny dreadful mysteries. The black and white contrasts are good and, though it’s not an optimal presentation, Kino has done their best with less than optimal materials. The extras include an audio commentary from film Historian David Del Valle and filmmaker Kenneth J. Hall and an assortment of trailers from like-minded chillers including White Zombie, The Black Sleep, The Undying Monster and Donovan’s Brain. 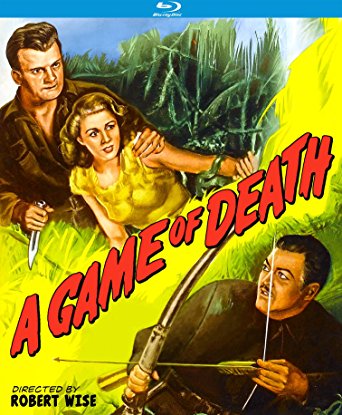 Seemingly everyone, from Orson Welles to Bart Simpson, has taken a crack at Richard Connell’s short story, The Most Dangerous Game. Along with Welles’ Suspense Theater radio play and Bart’s Treehouse of Horror episode, “Treehouse of the Fattest”, the pulp perennial has fueled a multitude of thrillers from The Outer Limits’ “The Hunt” to 1961’s Bloodlust!, a low-budget pick-up from Crown-International starring the endearing sock-hop cutie June Kenny. 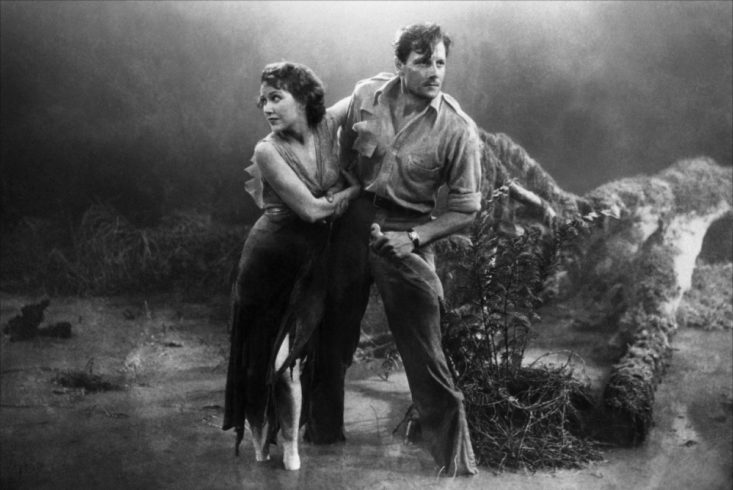 But it is Ernest B. Schoedsack and Irving Pichel’s electric 1932 version that remains the gold standard for this venerable jungle thriller about a mad hunter who prefers his prey to walk on two legs.

An RKO production, it was filmed concurrently with King Kong along with several of the big monkey’s co-stars on board including Fay Wray, Robert Armstrong and Kong-composer Max Steiner. Emboldened by the two-pronged success of Kong and Game, RKO played out its string with a remake of their manhunt thriller in 1945’s A Game of Death, directed by Robert Wise and starring John Loder and Edgar Barrier. 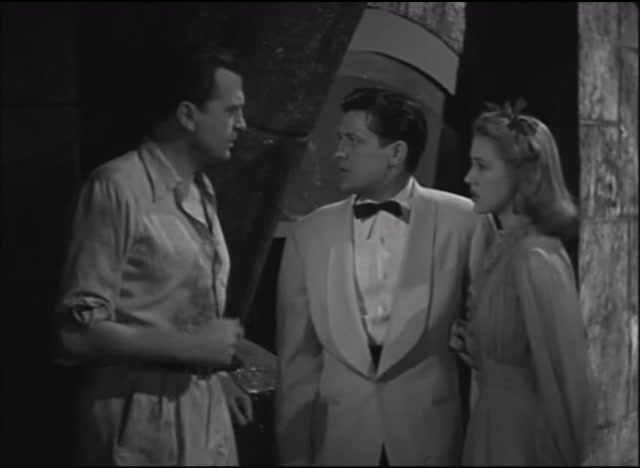 An oddly perfunctory retelling of the 1932 mini-classic, Game follows in its predecessor’s footsteps to a tee… and lacks almost everything that made the first go-round so exciting. Wise, never the most dynamic director, lurches from scene to scene and if you look up “lox” in the dictionary, the frozen mug of John Loder will surely be there to illustrate it.

So it’s up to us to pass the time spotting the interesting details including the re-use of many of the sets from the original film courtesy of art director Carroll Clark and special props from Kong’s Byron L. Crabbe and Marcel Delgado. And even the most casual viewer will spot footage from the ’32 version, including shadowy shots of Fay Wray and Joel McCrea wading through a backlot bog in place of Loder and leading lady Audrey Long. 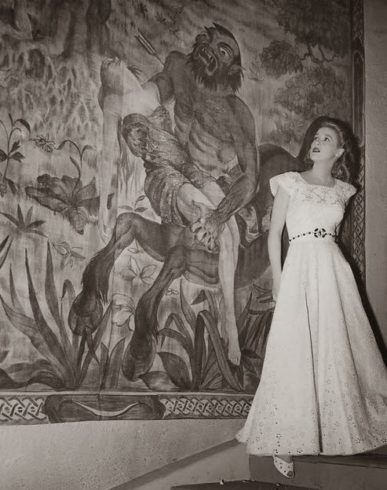 The bloodthirsty Count Zaroff of the original film is renamed here “Erich Kreiger” and played by Barrier (the third wheel in the romantic triangle of 1943’s Phantom of the Opera). By his side is none other than Noble Johnson, reprising his role of Zaroff’s mute sidekick from the ’32 version. “Noble” was a fitting name for this man who, along with his enduring work as a character actor, founded his own movie studio in 1916, The Lincoln Motion Picture Company, a valiant organization that looked to fill the gulf in films that represented the African-American experience. After all this he is best remembered, with all the baggage that characterization entailed, as the glowering chieftain of Skull Island. A most remarkable man, he died in 1978 at the age of 96.

Kino Lorber’s blu ray of A Game of Death boasts a good to very good picture, with enough clarity that the inserts of footage from the original production really jump. Fans of the film should be very pleased. Extras include an audio Commentary from film historian Richard Harland Smith and a selection of trailers from The Quatermass Xperiment, The Earth Dies Screaming, 99 River Street and No Highway in the Sky.