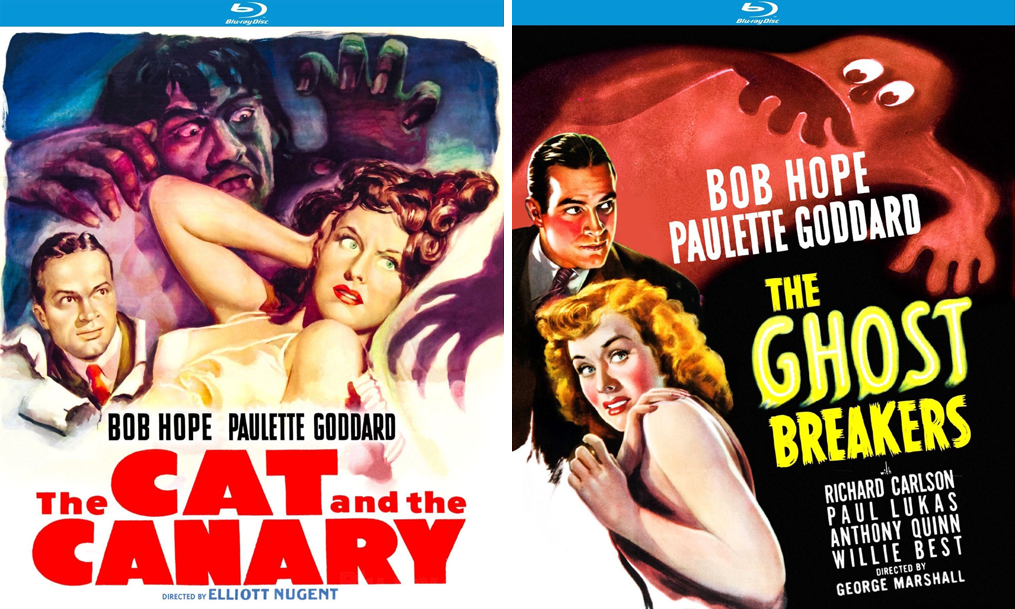 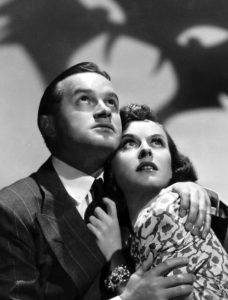 Bob Hope’s brand of comedy may have been extinct by the sixties but it was alive and kicking in the pages of God Save the Mark, Donald E. Westlake’s comic crime novel about a schnook on the run for a murder he didn’t commit. Published in 1967, Westlake’s farce resembles one of Hope’s own movies; the pace is frenetic and the patter is as snappy as the comedian’s in his prime—a golden age exemplified by his one-two punch from 1939 and 1940, The Cat and the Canary and The Ghost Breakers. Those films present Hope in excelsis but in the hands of directors Elliott Nugent and George Marshall they serve as master classes in the tricky art of the scare comedy.

The Cat and the Canary has been around the block and then some—the venerable melodrama made its Broadway debut in 1922, five years later Universal brought it to the screen in a silent version directed by Paul Leni. The studio went back to the well in 1930 with The Cat Creeps helmed by Rupert Julian, the director of The Phantom of the Opera. The story proved reliable—and flexible enough—for yet another remake directed by soft-lensed sensualist Radley Metzger in 1979. Hope, who had caused a stir alongside W.C. Fields in The Big Broadcast of 1938, was poised to star in the 1939 version with the rowdy Martha Raye but fearing a raucous comedy, the studio found a more cosmopolitan object of desire in Paulette Goddard, one of the sophisticated ladies of George Cukor’s The Women. 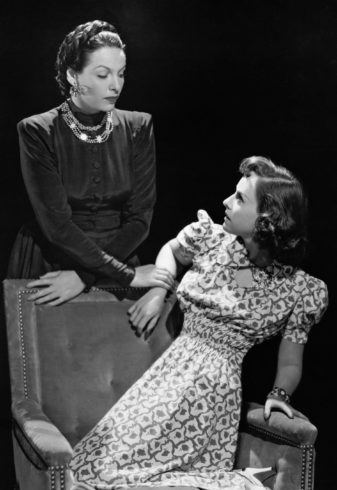 Typical of such potboilers, The Cat and the Canary turns on the reading of a will and the setting is as grimly seductive as any horror fan could want; a rotting antebellum mansion rising out of the New Orleans swampland—Pigeons from Hell territory and just as invitingly creepy. A few of the featured players are introduced sailing into view in their own punts—the boats are surrounded by alligators but the real danger lurks at river’s end: the home of Cyrus Norman, the dead man whose fortune has convinced this crew of money-hungry relatives to brave anything.

Hope plays Wally Campbell, an actor far from the Broadway stage but still there in spirit—a constant stream of wisecracks and street-wise chatter keep his grumpier relatives reaching for the hook. Goddard is Joyce Norman, a sketch artist, and the unlucky beneficiary of the will; Norman’s fortune puts her in the crosshairs of unseen forces haunting the estate—including “The Cat”—an escaped psychopath armed with long fingernails and shiv. 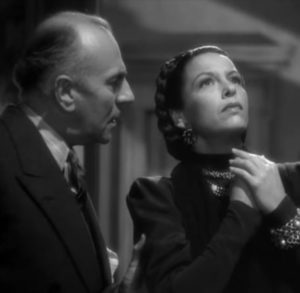 While Hope provides the laughs and Goddard the glamour, the eerie atmosphere is enhanced by two of the most gravely intimidating figures in Hollywood, George Zucco and Gale Sondergaard. Zucco is Crosby, a lawyer on hand to read the will (no Bing jokes, though—they wouldn’t catch on in Hope’s movies till after 1940). Sondergaard plays the statuesque caretaker and possible sooth-sayer Miss Lu, a Creole incarnation of Rebecca‘s Mrs. Danvers. They and the rest of the cast are the reddest of herrings; Douglass Montgomery is Hope’s cheerful rival for Goddard’s affections while John Beal grouses as their prickly fourth wheel (everybody wants a piece of Paulette, maybe even Miss Lu—and who could blame them). The giddy Nydia Westman is a Zasu Pitts wanna-be and Elizabeth Patterson plays the stereotypical maiden aunt draped in lace (Patterson played the same role in 1930’s The Cat Creeps). 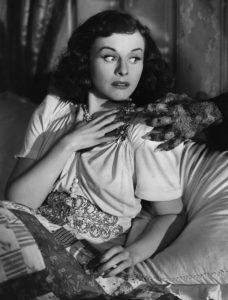 Hans Dreier, Paramount’s preeminent Art Director, designed the monumentally gloomy sets. The German-born artist’s career began in 1929 with the Lewis Milestone silent, Betrayal, and ended with George Stevens’s A Place in the Sun in 1951. In between he chalked up over 500 credits including such disparate films as Dr. Cyclops and Sunset Boulevard (the rats in Gloria Swanson’s swimming pool may be Dreier’s crowning achievement). Charles Lang handled the photography, a quiet riot of shadows and glistening swamp water—the equal of his great monochromatic work on The Uninvited and Some Like It Hot.

Nugent frames the action in a smooth and unobtrusive manner while his star hits the ground running; it’s Hope’s first chance as leading man in a prestige production after a string of low budget B’s and he seizes the moment. The Cat himself (itself?) bides his time in the shadows, ready to spring when you least expect it. And his make-up is genuine nightmare material. There’s precious little information as to which of Paramount’s craftsmen created the Cat’s leering countenance but makeup artist Craig Reardon’s best guess is Charlie Gemora—a skilled sculptor and protege of Wally Westmore of the legendary Westmore Brothers. Craig theorizes that Gemora was also responsible for Noble Johnson’s glowering zombie mask in The Ghost Breakers. 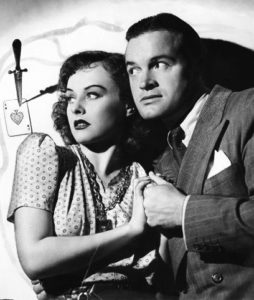 The Ghost Breakers shares more with The Cat and the Canary than just its makeup man; it too was based on a stage play and filmed twice before Hope and company took it up. In 1914 Cecil B. DeMille directed The Ghost Breaker starring H. B. Warner (the gaunt-faced Warner would play the part of Jesus in King of Kings, one of DeMille’s many trademark religious epics). In 1922 Alfred E. Green directed Wallace Reid and Lila Lee in a remake that is now sadly lost.

Hope brought his Wally Campbell character with him when he joined the cast and simply changed his name to the Nabokov-friendly “Lawrence Lawrence.” Lawrence pays the bills gossiping about Manhattan mobsters on his weekly radio show but his latest newsflash reveals one too many secrets—before long he’s on the lam like Westlake’s hapless hero, playing hide and go seek with both the cops and the killers. Inspired by the travails of a beautiful heiress played by Goddard, he trades in his fugitive’s clothes for a knight’s shining armor and a slow boat to Cuba—for better or worse he’s now a Ghost Breaker and a haunted Havana castle awaits.

Hope is at his zenith here. He was teamed with Crosby in that same year’s Road to Singapore where he was allowed to play the fool for 85 minutes—in The Ghost Breakers he’s both a convincing clown and leading man rolled into one—the jokes fly like shot off a shovel and thanks to the comedian’s peerless aim, most find their mark. Goddard was busy displaying her versatility too, starring with her husband Charlie Chaplin in the distinctly darker The Great Dictator that same year. As Hope’s damsel in distress, she is both wide-eyed and effortlessly seductive, the girl-next-door with a copy of the Kama Sutra tucked in her back pocket. Hope’s comic courtship of the vivacious Goddard while locked inside a steamer trunk is one of the film’s highlights but he wouldn’t be quite so kinetic—or so funny—if he was not matched with Willie Best. 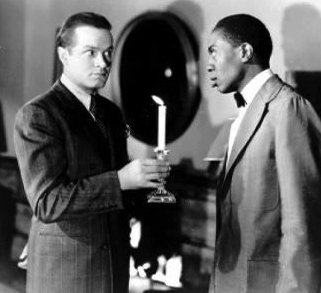 The African-American actor was born in 1916 in a town with a storybook name— Sunflower, Mississippi. He died at age 45 in 1962 at the Motion Picture Country Home in Woodland Falls, California—by the end of his short career Best had amassed over 130 credits in film and television. The man who Hope proclaimed “the best actor I know” was given a three sentence obituary in the Los Angeles Times while the New York Times made no mention of his passing. He rarely played anyone with a higher station than porter or butler and often used the humiliating stage name “Sleep and Eat.” Best was an artful comic under the worst of circumstances and his presence in The Ghost Breakers is equal in every measure to Hope’s—they’re a team. 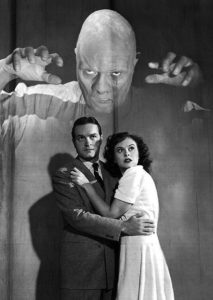 The Ghost Breakers, comedic elements or no, is one of the most glamorous ghost stories ever made—if Astaire and Rogers had ever made a horror film, this is what it would look like. Dreier and Lang return to work their magic and if anything, surpass their previous efforts; the sets are more expansive and the lighting more otherworldly—the Art Deco trappings of the cruise ship and the cobwebby majesty of the Havana mansion being particular triumphs. Even Farciot Edouart’s special effects have an alluring glow—the ghosts (and they’re real, you bet) move with a stately elegance befitting a fairy tale. The same can’t be said for the flesh and blood horror of Noble Johnson as the baleful zombie who stalks Goddard and raises more hackles with each appearance.

George Marshall handles the material with typical intelligence and grace—he’s one of the great comedy directors. He even saw his way to making yet another remake of The Ghost Breaker with 1953’s Scared Stiff starring Martin and Lewis. Dino was his usual sanguine self while Jerry put his own spin on Best’s perennially-frightened sidekick. It was a pale imitation in every sense. 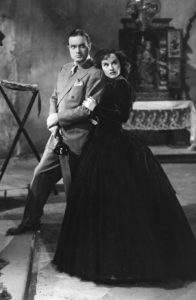 Kino Lorber’s presentation of The Cat and the Canary is beautiful—a bit soft but to be expected with Lang’s sumptuous technique—he lights the cast, Goddard in particular, like a George Hurrell portrait. If only the same could be said for The Ghost Breakers, arguably the superior movie in every way, particularly in Lang’s photography. The print suffers from more than its share of scratches but worse, the image is often highly contrasted and detail is lacking. At moments there are hints of how beautiful this film can look but it’s rare. Quite a disappointment.

Each movie includes a commentary by film historian Lee Gambin and the film’s theatrical trailer—The Ghost Breakers disc features Larry Karaszewski’s commentary for Trailers From Hell. And speaking of which…