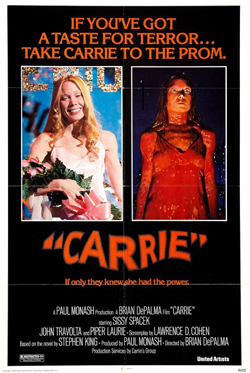 Stephen King’s potboiler about a troubled teen with psychic powers was all the inspiration Brian De Palma needed to create a modern classic combining bloody exploitation shocks with brilliantly played dysfunctional family drama. Audiences were beguiled by Sissy Spacek’s heartbreaking portrayal of the ultimate wallflower while terrified by Piper Laurie’s hilarious and horrifying mom-from-hell. Both Spacek and Laurie were nominated for Oscars.