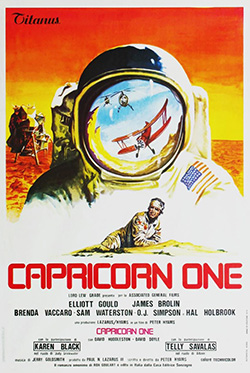 As conspiracy theories go, the idea that the Apollo moon landing was faked (with supposed the assistance of Stanley Kubrick no less!) has gained ground even beyond this overlong 1978 extrapolation by writer-director Peter Hyams that posits a phony Mars landing instigated by corrupt officials via re-enacted tv coverage. A hit in its day, it appeals to the paranoia that underlies so many sci fi concepts that originated in the post-Roswell era.