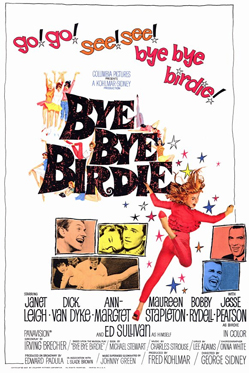 George Sidney’s 1963 musical satire takes on all comers, including Elvis Presley, television and the rise of the American Teenager but the film is most memorable for the super-charged performance of the redheaded bump-and-grinder who personified that All-American teen, Ann-Margret. On a less combustible note, Dick Van Dyke’s affable everyman persona is always welcome and a hilariously nerve-wracked Paul Lynde confronts the Generation Gap with his own special brand of fear and loathing.