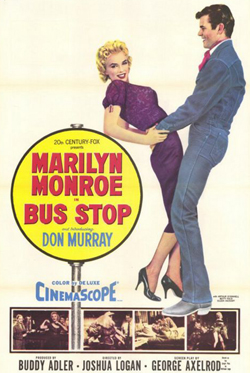 Marilyn Monroe’s first screen performance after studying with Lee Strasberg at the Actor’s Studio finally convinced critics that she was indeed an accomplished actress (in a role originated onstage by Kim Stanley). Director Joshua Logan filmed Marilyn’s live rendition of “That Old Black Magic” with two cameras and an offscreen orchestra, eliminating the need for lip-synching to playback, and often let her takes run on and on without stopping so he could cull the best moments in the editing room.