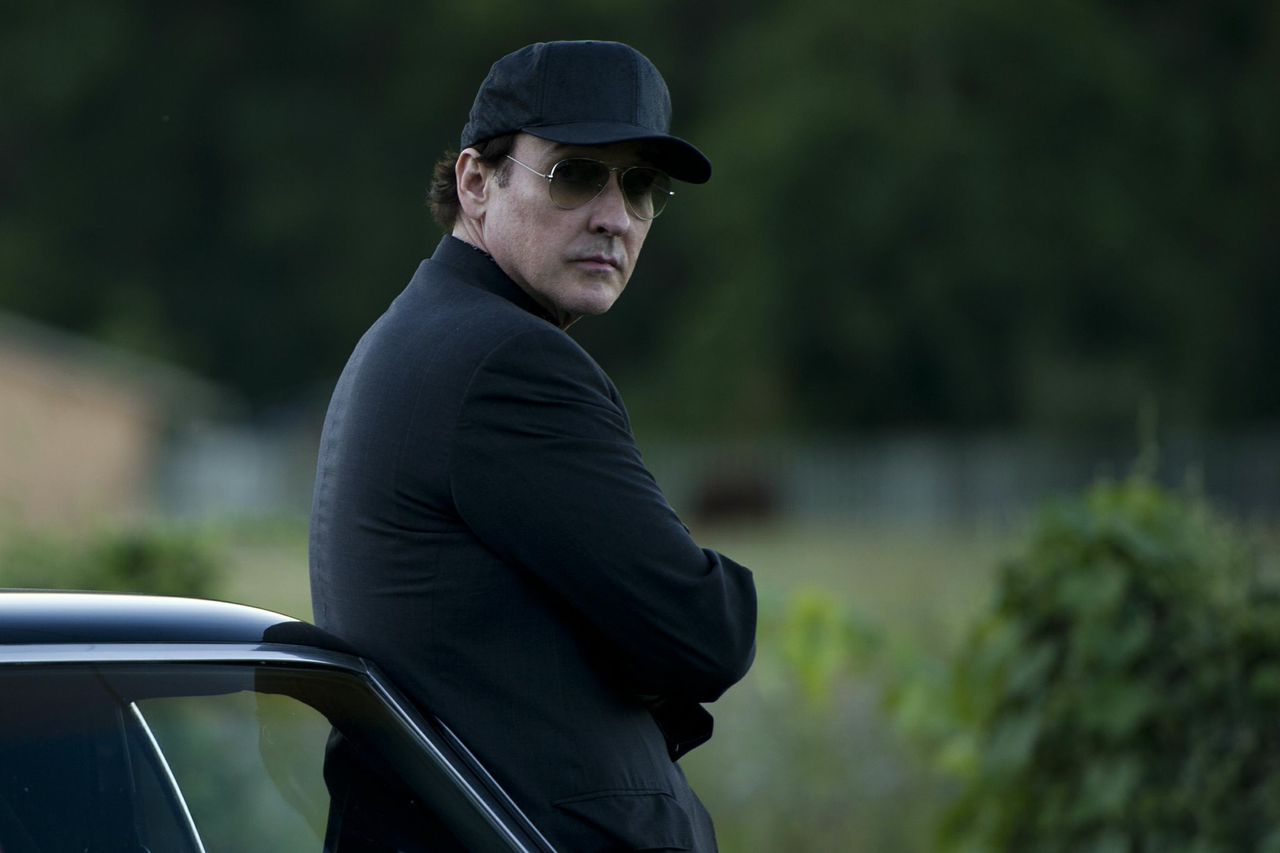 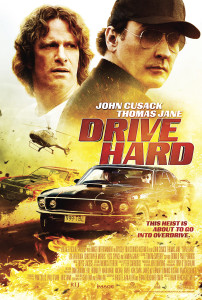 Brian Trenchard-Smith has, by his own estimation, directed “42 crimes against cinema”… which brings us to his latest filmmaking infraction, Drive Hard starring John Cusack and Thomas Jane.

From RLJ/Image Entertainment, Drive Hard will be available via VOD this week on September 4 and in theaters and on iTunes on October 3.

The action/adventure film was written by Brian along with Chad Law, Evan Law and Brigitte Jean Allen. Here’s a synopsis:

With a heist in mind, a mysterious American called Keller (Cusack) arrives in Brisbane needing a getaway driver. Rather than recruit one from the local underworld, he tricks a driving school instructor, Roberts (Jane) into taking the wheel.

Keller chose well, Roberts just happens to be a washed out Formula-One driver. Chased by the cops and the mob, Roberts is forced to use his racing skills to evade pursuit on a Hard Drive that takes the two along the Gold Coast of Australia.

On the eve of the movie’s release on VOD, Brian was kind enough to answer a few questions.

TFH  – There were some great, quirky road movies from the seventies, including Two Lane Blacktop and Vanishing Point, that really touched a nerve with moviegoers… and Drive Hard looks like it has some of that same visceral energy. Was the idea of contributing to the genre of “Road Movies” what drew you to the project?

BTS – Certainly there is a nod towards 70’s road movies, but unlike Vanishing Point we could not afford to damage the classic cars. Stunts, with two CG enhanced exceptions, were the stunt of the “near miss” rather than Fast and Furious carnage. Not possible on an eighteen day shoot. Despite the economics, the stunt team under John Walton and Danny Baldwin did a great job. Thomas Jane did a lot of his own driving and is pretty good behind the wheel. Two Lane Black Top is closer to the role model. The combative bromance of Midnight Run was also an inspiration. 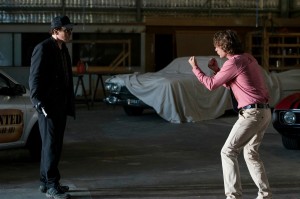 TFH – John Cusack is famous (or infamous) for his affable screen persona. In Drive Hard Cusack plays a trigger-happy bank thief with a nasty sense of humor… what was it like working with him in such a change of pace characterization?

BTS – The script was originally set in the US and written for Jean Claude Van Damme. When he dropped out, and John Cusack had a short window of availability, I jumped at the chance to re-work the script for Australia and tailor it to his screen persona. When we met at his house, I saw some books on the table by anti-globalization activist Arundhati Roy. Her latest is Capitalism: A Ghost Story.

I thought the bank robber character would be even more interesting with the addition of John Cusack’s own political world view: “The game’s rigged.” He liked the idea of making the villains greedy corrupt bank executives – banksters, upon whom he was exacting revenge.

When Thomas Jane came on board the comedic chemistry between them was immediately apparent. I incorporated input from both of them, and encouraged improvisation. The scene where the bank robber calls the bank executive with a list of scatological insults aimed at the man’s wife is pure Cusack.

Thomas Jane’s ability to adapt to the moment was evident in the scene when he leaves the car and tries to surrender but gets back in when met with a hail of police bullets. Somehow on take one, the car door wouldn’t open, so without skipping a beat he leapt feet first through the open window into the drivers seat and roared away. We didn’t bother fixing the door for take two. It was a joy to work with such gifted actors. 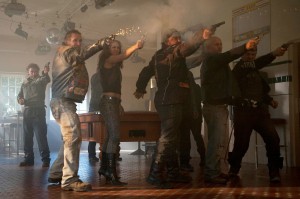 TFH – You were able to shoot in Queensland along the beautiful gold coast, a location which has been popularized in movies from Jurassic Park: The Lost World to Brando’s version of The Island of Dr. Moreau. What was it like to shoot there?

BTS – I love shooting on the Gold Coast of Queensland – TV series: Mission Impossible, Time Trax, Flipper; TV movies: Official Denial, Sahara, Seconds To Spare, Absolute Deception. With its beachfront and inland waterways it blends Waikiki with Miami. Shooting on the Gold Coast will enhance the production value of any modestly budgeted film. It’s hard to get a bad angle in any direction. Drive Hard, has sold across the world. It will be shown in China, as part of the Australian import quota, and have a limited theatrical here in the US after premiering on VOD, the new distribution model.

TFH – What’s next for Brian Trenchard-Smith? Are you plotting any more crimes against cinema we can look forward to? We promise not to alert the authorities.

BTS – Actually I have been getting involved with more serious material, still commercial but more character driven, but I never met a green light I didn’t like… Currently I’m attached to 5 projects as director, and one where I am an executive producer as well. Sounds like an embarrassment of riches, but we all know the fallout rate in the funding process. The biggest one is Sacrifice, a World War Two story about a father-son relationship, when both are members of a bomb disposal unit ordered to defuse new Japanese sea mines. It’s a great script, suspenseful and moving. Fingers crossed.