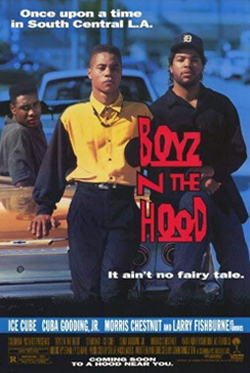 Written while in film school, the late John Singleton’s debut film was a game-changing hit for the movie industry. The ambitious storyline spans a generation and stars an electric band of actors and musicians including Ice Cube, Cuba Gooding Jr. and Laurence Fishburne. It packs a lasting punch because Singleton sticks with what he knows, life on the mean streets of South Central Los Angeles.