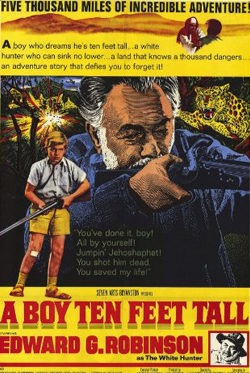 One of Alexander Mackendrick’s lesser known efforts, this hard-luck family movie shot in Africa under the title Sammy Going South existed in several versions. The original 129 minute‚ cut is‚ seemingly lost, but‚ a 119 minute one has surfaced on British DVD. The trailer is for Paramount’s‚ extensively reworked US release, which has several points in its favor but is not likely to resurface as the rights have reverted to Warner Bros.