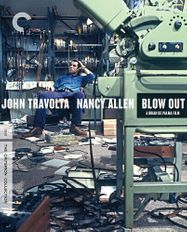 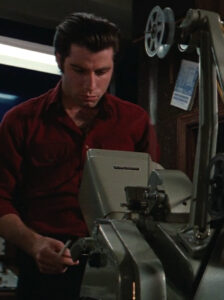 In 1978’s The Films in My Life, Francois Truffaut wrote that all movies should express “the joy of making cinema.” The typical Brian De Palma film delivers that pleasure in spades, but any joy experienced by his characters is usually short-lived, undercut by De Palma’s macabre and merciless humor. The paradigm for that unsparing world view is 1981’s Blow Out, a feature-length sick joke with a devastating punchline.

Blow Out is set in Philadelphia when the leaves are turning and the mood is jubilant—the city is celebrating its founding with a procession of parades, fireworks, and endless speeches, all leading to a self-congratulatory finale called “Liberty Day.” So the town is more raucous than usual—a bad break for Jack Terry whose work depends on a harmonious environment; he’s a sound technician for a local production house, a walk-up on the poor side of town specializing in grindhouse fare. Jack’s latest project is an inept slasher film called Co-ed Frenzy, and as Sam, the film’s director, has made clear, it’s Jack’s job to save it—the list of demands includes a revamped mix of nature sounds and a “good” scream to replace the comical wailing of one particularly hapless actress—hapless because, as Sam points out, “I hired her for her tits.” That cynicism shines a light on Jack’s own struggles—the movies he makes are beyond hopeless and he’s beginning to feel the same about himself. 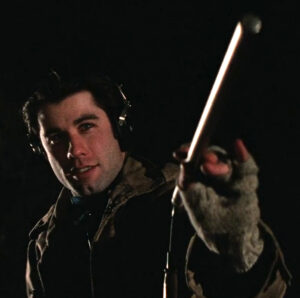 But he’s not cynical about his art—he still finds happiness in tuning out the noise and really listening to the world around him. That evening he finds solace in a comparatively quiet park where the hoot of an owl and the rustling of trees are the only things spiking the meter on his recorder. De Palma and the film’s cinematographer, Vilmos Zsigmond, frame the rejuvenated Jack as a virtuoso at large, his microphone a steely substitute for a conductor’s baton; his pleasure is palpable (Truffaut would applaud). Then Jack’s reverie is broken by a sudden explosion and a car careening off a nearby bridge.

Jack can’t save the driver but he brings the other occupant to the surface, a redheaded kewpie-doll named Sally Bedina. She’s been hired as an escort for the man currently floating behind the steering wheel, George McRyan—the state’s Governor and odds-on favorite for next month’s Presidential election. Saving Sally is just the first step in Jack’s redemption; the governor may have been murdered and the key to the mystery resides in Jack’s tape recorder. 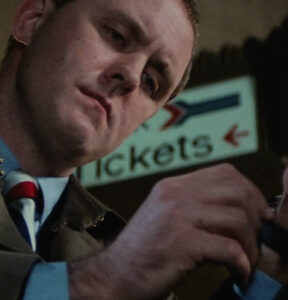 While the noisy town is an annoyance to discerning sound technicians, it is advantageous to others; the commotion helps to cover the tracks of the so-called Liberty Bell Killer, a dead-eyed monster played by John Lithgow. With his prosaic appearance, Lithgow is able to hide in plain sight and is far more terrifying than the knife-wielding voyeur of Co-Ed Frenzy. But his killing spree is simply a device to distract from other dark forces at work—a clandestine operation to upend the state’s political machine. And this is where De Palma’s own machinery begins to spin, unfolding the mystery in a dizzying series of split-screens—an intoxicating wave of visual information that reveals a nation drunk on lingering conspiracy theories about JFK, Watergate, Chappaquiddick, and now Governor McRyan. 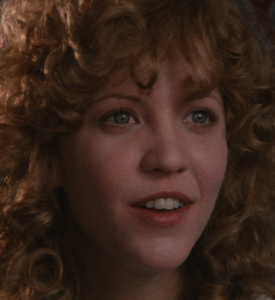 Though De Palma tells his story with fragmented imagery, circling cameras, and vertiginous overhead shots, Blow Out is no mere technical exercise, it’s a compassionate portrait of two people lost in a labyrinth, and it has an emotional pull that goes beyond Sissy Spacek’s heartbreaking turn in De Palma’s Carrie. John Travolta and Nancy Allen were the villains of that 1976 classic and in Blow Out, the two form a bond that includes the audience: their wide-eyed reactions recall the aching vulnerability of silent film actors. And like the defeated detective in Chinatown, another big city tragedy about politics as usual, Jack doesn’t comprehend the devil he’s fighting until it’s too late. 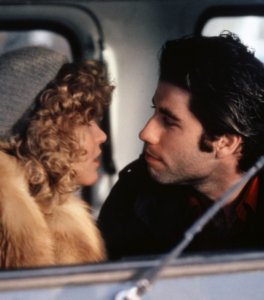 While Travolta and Allen give career-defining performances, the real stars of Blow Out are De Palma, Zsigmond, and editor Paul Hirsch. Like Jack Terry, they channel the love of their craft into every frame of the film, transforming the grueling process of making movies into a thrilling, even glamorous, enterprise: when Jack turns photos of the car crash into an “animated” flip book, you’re getting a lesson about the birth of cinema. And the gleaming paraphernalia of Travoltas’s recording studio has the high-art allure of a Bauhaus studio (the production design is by Paul Sylbert).

An interview with cameraman and Steadicam inventor Garrett Brown features his wonderful insights into the filmmaking process (he shot the open for Blow Out which parodies the conventions of low rent horror movies). A real wizard, Brown demonstrates the different Steadicam units he’s been building since 1975 (he even produced one for iPhones).  Rounding out the extras are a series of set photographs by Louis Goldman and the complete Murder à la Mod, De Palma’s avant-garde murder mystery from 1967. A booklet is included with an essay by critic Michael Sragow and Pauline Kael’s original New Yorker review, Blow Out: Portrait of the Artist as a Young Gadgeteer.

Here’s Josh Olson on Blow Out: