Putting the blood in Blood Of The Vines, we’ll take a look at Alfred Hitchcock’s Psycho. That’s not red wine swirling down the shower drain.  This movie made so many people afraid to take a shower that stocks probably soared for underarm deodorant. 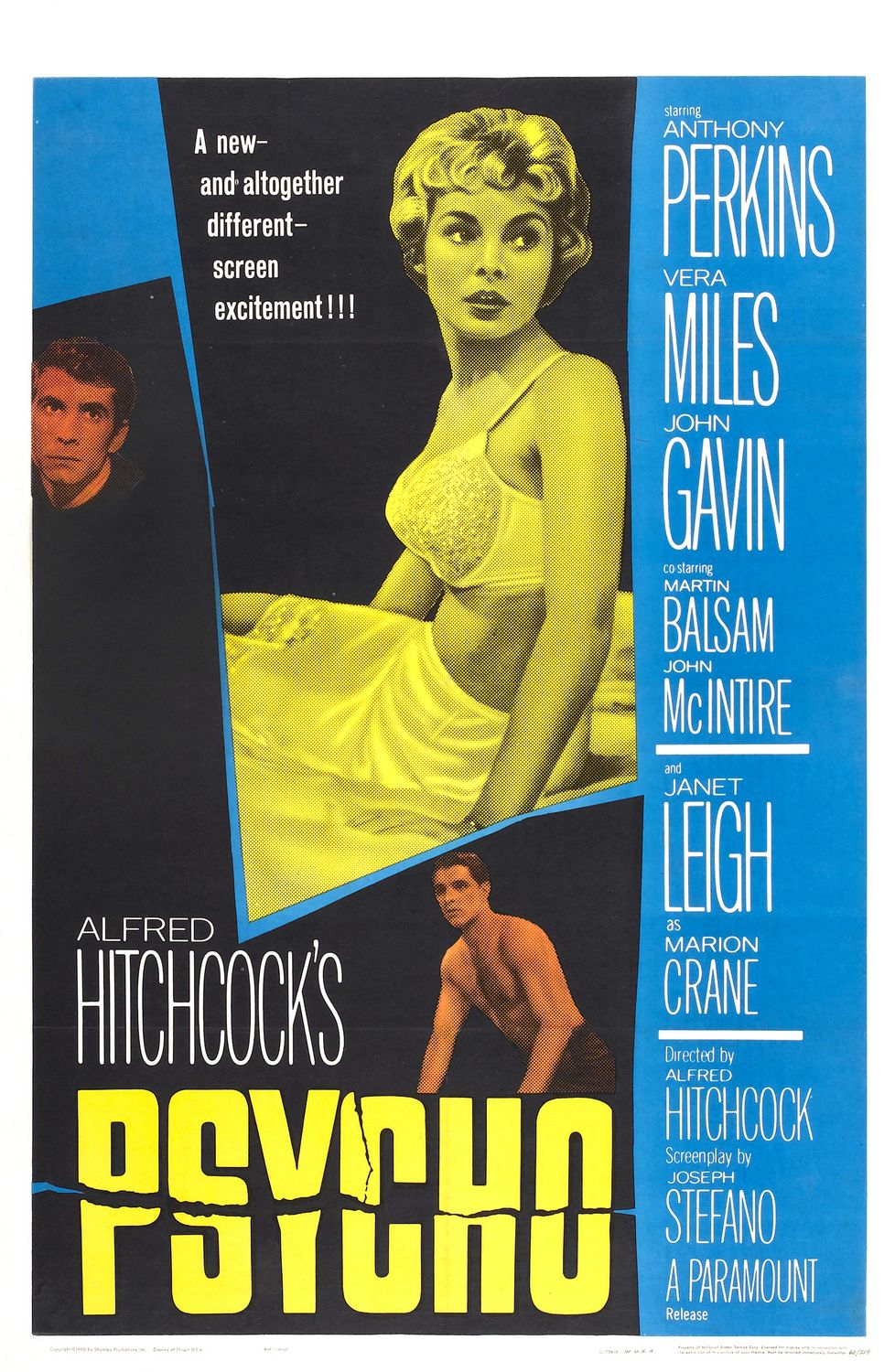 Brutal murders are nothing in movies these days, but the graphic nature of the one in Psycho was groundbreaking, even though we never actually see the violence. Plus, killing off one of the stars 30 minutes into a film was simply not done.  I would imagine it’s still a no-no.  Both these elements made Psycho an unusual film for its time.

Janet Leigh is the unlucky victim, who probably should have had a glass of wine before stepping into the shower, since she’s not getting one now. Just goes to show – life’s too short to not drink wine.  Anthony Perkins cut his creepy-teeth here.

By the way, Hitchcock reportedly used chocolate sauce for the blood swirling down the drain.  It’s a black and white movie, and he felt in B&W, chocolate looks like blood.  It actually looks more like blood than blood does.  I’m sure Hitch would not have approved of using red wine in the scene.  He didn’t like to see wine go down the drain.

The famed director drank a whole bottle of wine at lunch every day, according to John Landis.  Personally, I’d like a lunch like that even if it’s only every now and then.

The wine for Psycho could easily be French – Hitchcock would approve – but let’s get a little more personal with it.  Heart O’ The Mountain Estates in the Santa Cruz mountains was once owned by Alfred Hitchcock.  The property started as a Cabernet Sauvignon vineyard in 1881.  Hitchcock planted Riesling there.  After his ownership, the property was used as a horse pasture.  The current owners have been growing Pinot Noir for about ten years.  They have eleven different Pinots, ranging in price from $48 to $85 per bottle.

You’d be psycho not to try these:

Simi Winery – This Healdsburg property is said to have been one of Hitch’s favorites.

Sangria – Sure, why not? A fruity melange of citrus peels and the remainder of last night’s wine sounds great for “Psycho.”  Besides, it means “bleeding” in Spanish.

Premeditated Murder Barleywine – It’s actually a strong beer, but it pours up “bloody, ruby crimson” in the glass.  Pair with chocolate?

Cellarmasters “Psycho” ad – A nice turn on the oft-imitated scene, this time performed in the kitchen sink.