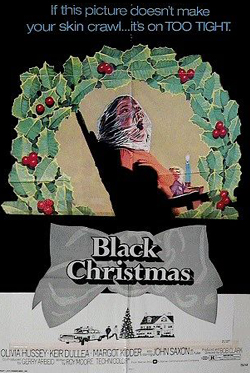 “If this movie doesn’t make your skin crawl…it’s on too tight!” Bob Clark’s Canadian precursor to Halloween (also released as Silent Night, Evil Night) has become comparatively obscure but rates as one of the most influential of “slasher” movies. Surprisingly, it was not a box office hit, and played on cable tv under the title Stranger in the House.