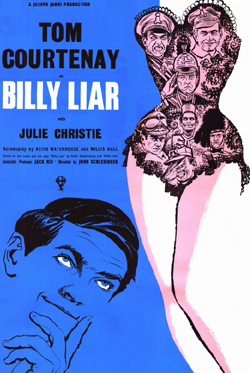 One of the key works in the early British “kitchen sink” movement, John Schlesinger’s screen adaptation of Keith Waterhouse’s seriocomic novel spoke loudly to young people the world over. Tom Courtenay, taking over from Albert Finney in the stage version, made a big enough impression to go on to a strong career. But the revelation here is Julie Christie, luminous as the hero’s free-spirited girlfriend in only her third film role. Schlesinger went on direct her Oscar-winning breakthough two years later with the lead role in Darling.