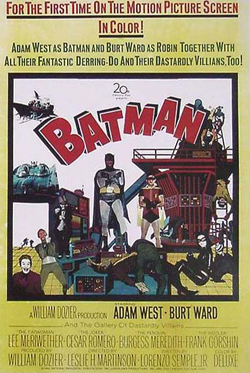 Although the wacky tv show was a national craze, this 1966 feature version didn’t do much business, since audiences could see the same thing for free in their living rooms. Probably not what Bob Kane had in mind, but it sure put Batman back on the map and led to the later megahit movies.