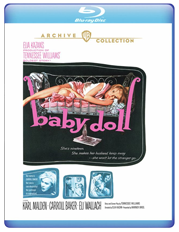 Depraved, degenerate, and dreadfully funny, the genre known as Southern Gothic blurred the line between humor and horror and helped define the work of artists like William Faulkner, Carson McCullers, and Tennessee Williams. Depending on who you talked to, the experience was either a bracing walk on the wild side or freak show sensationalism. Poetry or not, books like Sanctuary and Reflections in a Golden Eye were catnip to thrill-hungry Hollywood execs who gobbled up the rights and, true to form, removed the raw carnality that made the original stories so… stimulating. That wasn’t the case with Williams’ screenplay for 1957’s Baby Doll—though its Rabelaisian spirit made it one of the most controversial and widely condemned events in movie history, the driving force behind Elia Kazan’s film is not sex but the lack of it. 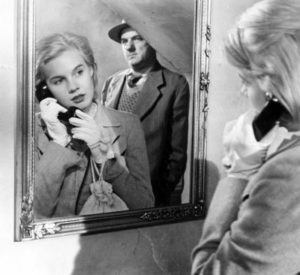 Karl Malden plays Archie Lee Meighan, the owner of a broken down cotton gin who’s reduced to boring holes in the walls just to get a peek at his own wife, Baby Doll Carson McCorkle Meighan (yes, “Baby Doll” is her given name). Played by Carroll Baker, the willowy teen in the crumpled nightie has taken shelter in the nursery until she reaches the age of 20—the day when the Meighan nuptials will finally be consummated. Until then Archie has to satisfy himself with the occasional glimpse of his sleeping beauty curled up in a crib while sucking her thumb. What’s worse, his thwarted libido has gotten in the way of his business sense—which wasn’t great to begin with; Archie’s clients have abandoned him and his furniture is headed back to the creditors, leaving his already barren home without a proper bridal suite. The predicament compels Archie to burn down the workplace of his nearest competitor, Silva Vacarro, a smooth-talking entrepreneur played by Eli Wallach. The Sicilian’s revenge will extend beyond his burnt-out factory and into Baby Doll’s bedroom. 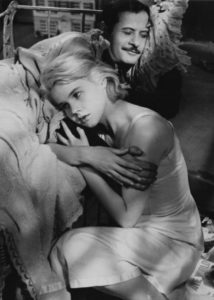 Vacarro is an even-tempered and methodical actor—he sends Archie on a wild goose chase, opening the door for a private playdate with Baby Doll where he hopes to elicit a confession about just who burned down his mill. Once Archie is off the premises Vacarro turns the house into his own personal amusement park—literally chasing Baby Doll from living room to kitchen to attic and back to the nursery—a game of hide and seek where winner takes all and then some. Like the cobwebbed mansions of Pigeons from Hell and Hush, Hush, Sweet Charlotte, the Meighan home is just another character in the play—a rotting symbol of the Antebellum south, dilapidated, defamed, and populated by dead souls like Archie, still standing long after their time has passed. Richard Sylbert was the production designer for the film but as great as Sylbert was, this memorably corroded house, with its sprung faucets and decaying floorboards, was waiting for the film crew when they arrived on location in Benoit, Mississippi—according to Williams, “We didn’t move a stick.” 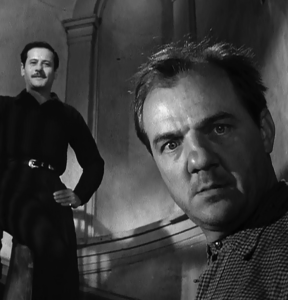 Though Williams is listed as the screenwriter, Kazan took much of the credit for the dialog in his own autobiography. That has the ring of truth—as funny as the playwright was, he rarely let the laughs play out as long as they do in Baby Doll. Still, the humor fades over time—the final half hour of the movie’s 114 minutes transforms into something of a morality play, a sure sign of Williams’ fingerprints. Archie does what any angry buffoon does when they don’t get their way and picks up a gun. The ensuing shoot-out climaxes with Vacarro and Baby Doll up a tree and Archie on the ground having discharged his last bullet—and still unsatisfied.

A little of Malden’s caterwauling goes a long way but his antics are doled out in just the right proportions—he’s offscreen for the movie’s main attraction, Vacarro and Baby Doll’s cat and mouse courtship. Kazan and cinematographer Boris Kaufman keep Wallach and Baker under a microscope and both actors are fairly astonishing (this was Baker’s second film appearance and Wallach’s debut.) They’re shot in looming close-ups with Wallach slowly turning up the heat as Baker melts under his gaze, frame by frame. Kaufman’s focus on these low-down characters gets a high-gloss treatment from Warner Archive in their new Blu ray release and the transfer is impeccable and downright delicate—even in the midst of all that squalor.

Along with the theatrical trailer Warner includes a vintage interview with Malden, Wallach, Baker, and author Drew Casper who makes the very good point that the Baby Doll fury was sparked by Cardinal Spellman’s public rebuke from the pulpit but also its release date in New York on the 18th of December—can you imagine what Christmas shoppers thought when confronted by this? 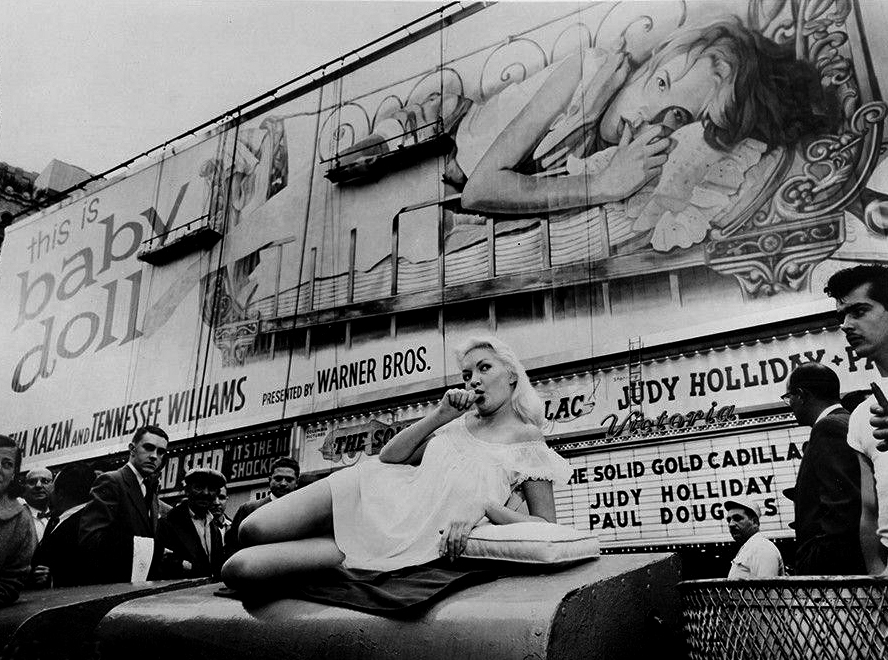