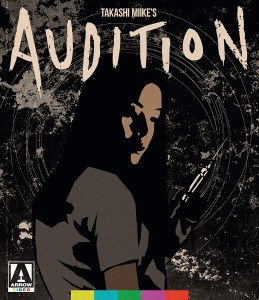 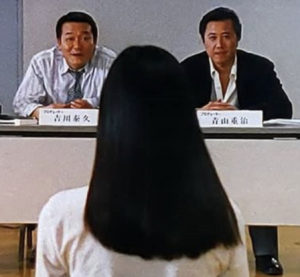 It could be described as lyrically sadistic but de Sade himself might flinch at Audition – like its fragile leading lady, Takashi Miike’s film treads ever so softly before lowering the boom on its stupefied  audience.

Ryo Ishibashi plays Shigeharu Aoyama, a middle-aged widower tired of sleeping in a single bed but ill-equipped for the dating game. Like the desperate anti-heroes of so many noirs, Aoyama makes just one mistake but it’s a doozy – he stages a sham audition as his personal matchmaking service. Into that not-so-tender trap steps Asami, a supernaturally shy ballerina with secrets all her own. 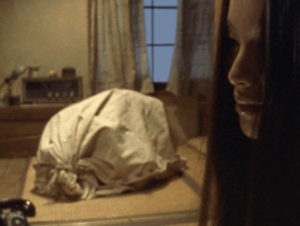 Miike spins their gauzy-lensed courtship with kid gloves and compassion and by the time the happy couple set sail for a seaside rendezvous we’re aching for a happy ending even as disconcerting details of her past come to light – like that curiously animated bag parked in Asami’s barren apartment. Nevertheless the smitten Aoyama eagerly agrees to the young woman’s ardent demand for fidelity.

And then the lady vanishes. Using her resume as a road map Aoyama follows a trail littered with ominous signposts – a dance instructor with prosthetic feet and hair raising rumors of grisly murder (among the missing body parts are fingers, ears and tongues).

More alarming – Asami has done some digging of her own and found evidence of her new beau’s past life and loves. The discovery is a bridge too far for the possessive young woman – she trades in her geisha’s mask for an avenging angel and bides her time – syringe in hand. 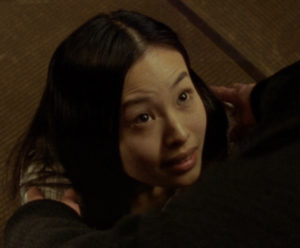 Most lover’s quarrels don’t end up being tried in The Hague but Audition is a worthy candidate for referral – the film is a laundry list of casual cruelty and operatic atrocity. That mix of high art and grindhouse horror gives Audition a cringeworthy power that extends beyond its simple revenge plot. The excruciating finale could be summed up in one Randy Newman lyric – “I just want you to hurt like I do.”

Miike knows his way around this territory and he flashes his riding crop with the cold-blooded aplomb of a Hitchcock or Polanski. The actors couldn’t be better, in particular Ishibashi as the tragically compromised Aoyama and Eihi Shiina as the high maintenance girlfriend with a penchant for Spanish Inquisition cosplay. 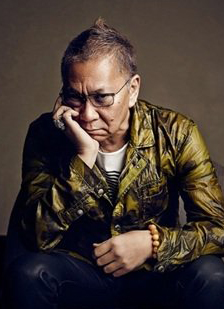 20 years (20 years!) after its release Arrow Video has delivered a sparkling new edition of Miike’s tortured romance on Blu ray – just 48 hours shy of Valentine’s Day. Still the world’s worst first-date movie, it’s the film’s scrambled view of sexual politics that continues to anger, bemuse and horrify, even more-so than Asami’s rather strict guidelines regarding her exes.

Is Audition a feminist jeremiad or misogynistic thrill ride? Once the shock has subsided most folks will see the deck is stacked – the duplicitous Aoyama emerges as a good fellow gone mildly bad while Asami’s childhood traumas are tossed aside to frame her character as an emasculating banshee.

To further muddy the waters, the actors’ empathetic performances push back on those interpretations at every turn transforming the film into a Rorschach test for moviegoers on both sides of the argument. Tony Rayns, an expert on Japanese cinema, attempts to suss it out in a casual but well informed monologue that’s just one of the excellent extras on Arrow’s new release.

Along with a stellar transfer that finally does justice to Hideo Yamamoto’s muted cinematography (the film has suffered on home video from the get-go) there’s a new interview and commentary with Miike. The other extras (some new, some borrowed from previous releases) are here via Arrow’s site: