Marleen Gorris’ sightly absurdist, slightly magic realist movie about a strong woman who takes charge in a rural Dutch community is a fable about a kind of matriarchal utopia — where decisions are made with patience and understanding, the weak are protected and women aren’t abused. It’s an Oscar winner for Best Foreign film — the first directed by a woman, 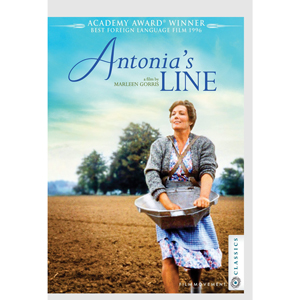 Antonia’s Line has been pigeonholed as a ‘feminist film’ for the laziest reasons. Its writer and director is a woman, but it doesn’t advocate any particular political position. As regards women, its messages are too subtle to be expressed by a slogan on a parade banner. A more accurate description is that the show sees the world from a feminine sensibility. The approach, the tone, the nature of its dramatic confrontations is different. I’m no expert, but I can ‘t come up with a long list of commercially oriented films that are much like it. There’s Agúst Gudmundsson’s half-fantasy The Seagull’s Laughter, which is from a book by Kristin Marja Baldursdéttir. Caroline Link’s marvelous Nowhere in Africa rewrites the rules for a wartime historical saga. And Liv Ullmann’s Kristin Lavransdatter is practically a Norwegian national epic, with a strong feminine viewpoint. None of these can be dismised as ‘women’s movies.’ 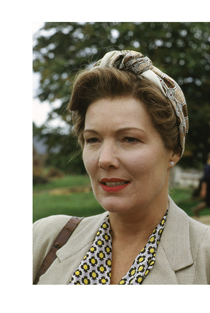 Writer-director Marleen Gorris made three features in the 1980s, all concerned with patriarchal oppression. Her Antonia’s Line takes a more optimistic view with its more nurturing matriarchal society. Sometimes associated with films about sexual violence, Ms. Gorris in Antonia’s Line simply situates a short scene or two of violence as single episodes in a story with a longer view. A success in Europe, the film won the first ever Best Foreign Language Oscar for a film directed by a woman.

The story begins as old Antonia (Willeke van Ammelrooy) wakes up and decides that she’s going to die that day. A flashback takes us to the finish of WW2, when the young widow Antonia returns with her daughter Danielle (Els Dottermans) to her house and farm in a small Dutch village. They’re surprised to find Antonia’s mother, a madwoman, still alive. The town is a collection of misfits; but Antonia’s presence brings about positive change, not through aggressive but with understanding and acceptance. Antonia and Danielle adopt local outcasts, including two mentally impaired young people. Handyman Lippen Willem (Jan Steen) and DeeDee (Marina de Graaf), an unhappy girl sexually abused by her vicious older brother Pitte (Filip Peeters). Local farmer Boer Bas (Jan Decleir) proposes, but Antonia doesn’t want a husband. They instead eventually become lovers. Danielle decides she wants a child but not a man, so Antonia takes her to the city. At a home for ‘lost women.’ they meet the perpetually pregnant Letta (Wimie Wilhelm). She finds Danielle a choice father, and has soon thereafter comes to the farm to join Antonia’s brood. The passing years bring events both marvelous and tragic, but Antonia’s is always centered on living a life free of traditional restraints. 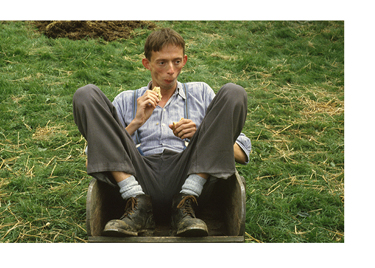 One doesn’t want to spoil the many delights of Antonia’s Line, a tale that spans a lifetime with unexpected calm and grace. There are are couple of life-threatening episodes, but no prolonged conflicts or clashes of will. The story instead advances the notion that patience and gentleness is the answer to most problems. Yes, it’s a movie about the power of female characters. The males are boastful at best and malevolent at worst. The ones deemed acceptable are flawed creatures like Lippen Willem, or the intellectually burdened Kromme Vinger “Crooked Finger” (Mil Seghers), a bookworm that despairs at the pointlessness of life. As the local pastor is a moral hypocrite, Antonia sees nothing wrong with using blackmail to silence his criticism of Danielle’s decision to bear a child out of wedlock. The joyous curate just decides one day that life is too wonderful to spend in constant prayer. He joins Antonia’s brood and finds a faithful partner in the lusty Letta.

Director Gorris occasionally uses touches of absurd fantasy. As they are divided by faith, a Protestant man and a Catholic known as Mad Madonna cannot live together. She howls at the full moon like a wolf. The artistic Danielle possesses an imagination that leads her to hallucinate strange things, like church statues coming to life at her grandmother’s funeral. Danielle doesn’t want a man but falls in love with her daughter’s tutor, a woman. At first sight imagines the woman rising from the sea, like Botticelli’s Nascita di Venere. Danielle also watches as the wing of a stone angel in the church graveyard, gives the wayward pastor a whack in the rear. Luis Buñuel might love the way these scenes are filmed. 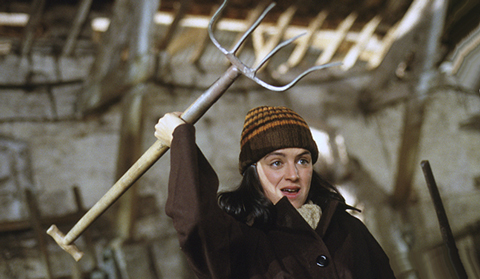 Two generations pass. If there’s a feminine credo, it’s that patience heals all wounds and that there’s a season for everything. The formerly outcast and persecuted DeeDee and Lippen Willem have grown together and found peace. Antonia’s farm doesn’t follow traditional rules, whether by Man or God. Boer Bas, a homely but virtuous neighbor, accepts Antonia’s favors on her terms. Their relationship won’t be enforced by a marriage vow. At one point there are so many noisy lovers in Antonia’s house that Danielle’s child (or is it her grand-child?) can’t sleep. Whereas in some films agrarian communities reject unconventional ‘families,’ here the neighbors accept Antonia’s natural authority and wisdom.

Ms. Gorris’s first, provocative centered on three women killing a man at random. Antonia is a benign influence that countering the male prerogative, which in this story consistently fosters oppression and cruelty. In retaliation for two separate, unforgivable sexual assaults, Danielle stabs a man with a pitchfork and Antonia threatens him with a shotgun. Their actions are seen as wholly just. In the film’s only scene that seems strained, other young men follow up to justly punish the offending rapist, in support of Antonia’s verbal condemnation. I’ve witnessed several scenes of thug violence, and I’ve never seen one committed for anything resembling a just cause. Ms. Gorris instead arranges these events to work out for the best. The law doesn’t become involved, as the local conspiracy of silence supports Antonia’s authority. The underlying message is clear: a matriarchy is the best thing. 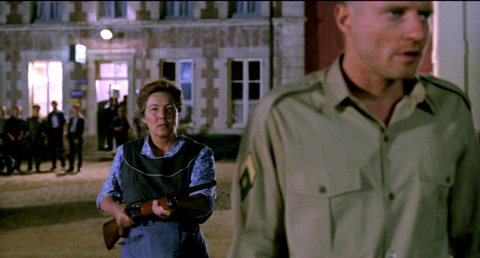 Marleen Gorris’ direction is assured in all respects. She connects very strongly with her menagerie of strange characters, never letting them become clowns, ciphers or symbols. Star Willeke van Ammelroy is a big woman with a thoughtfiul face; her joyous smile reminds me of actress Nanette Fabray. Ammelroy is an excellent choice, as she can express a joy for life that sidesteps of easy sentiment. Antonia’s idea of living is to see and appreciate those she loves — Danielle’s artistry, her granddaughter’s amazing mental skills, even Broken Finger’s commitment to his existential gloom. The film succeeds by not offering the leading roles to standard beauties — Antonia and her friends aren’t ‘beautiful people’ in the commercial sense, but by the end they all seem beautiful. The movie is an affirmative expression of the possibilities of life outside conventional constricts. 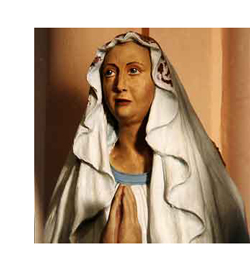 Film Movement’s Blu-ray of Antonia’s Line is a handsome HD encoding of this modest, high-achieving screen original. The image is always pleasing. Don’t judge by the photos I found, none of which really display the film’s handsome appearance. Ms. Gorris handles the passage of time simply by showing babies becoming children and children becoming adults. The old age makeup for Willeke van Ammelrooy and Jan Decleir is very well done. The show is in Dutch with English subtitles.

The featurette included shows director Gorris at her Steenbeck editing machine, talking about the cutting of a scene with the church statues that come to life, an effect done with some kind of animation. The director has since moved on to several challenging features. Her Wiki page says that she’s currently working on a movie about James Barry, a woman surgeon from the 19th century, who successfully hid her true sex and lived her entire life as a man. It sounds like a perfect movie idea, both for Gorris and for its contemporary theme. What public bathroom should Barry have used?

Thelma Adams’ insert booklet essay spends too much time protesting the plight of women directors, and not enough on the talented Ms. Gorris. Antonia’s Line encourages me to see out more of her work.