Here’s the story of a woman who overcame adversity — not the dramatic, historical kind, but the sort of mundane discriminatory issues that come along with being ‘different.’ Director Jane Campion’s biographical drama about the unsteady life and amusing triumphs of New Zealand author Janet Frame was adapted from a TV miniseries. Poor, isolated and socially excluded, Frame jumps from one unfortunate problem to the next, but is repeatedly rescued by her own talent… at one point a writing award saves her from being lobotomized. Criterion’s extras include a candid audio interview with the author herself. Lost somewhere in the middle of the #metoo movement are women with remarkable stories, that suffered the slings and arrows of -sims and -archies, and that somehow came out on top anyway. Once again, the Criterion Collection can be counted on to bring us wonderful surprises. Jane Campion’s An Angel at My Table is an absorbing feature adapted from the autobiographies of Janet Frame, a noted New Zealand author who wished to counter rumors that she was a madwoman committed to an asylum. Director Campion pulls back from her more florid style of fiction filmmaking (The Piano) to render a remarkable life without poetic embellishments. Thanks to no-nonsense direction and wonderful casting, An Angel at My Table is the filmic equivalent of a book too good to put down. 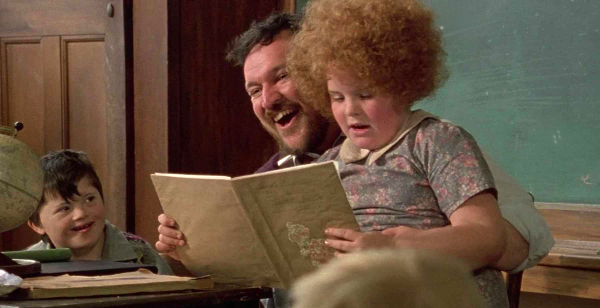 The film is organized into three sections. To the Is-Land: Chubby and topped with frizzy red hair, little Janet Frame grows up a miserable outcast in rural New Zealand. Feeling inadequate and overly sensitive, she retreats into a personal world of stories and poetry. An Angel at My Table: Avoiding people in school and college, Janet chokes up when a supervisor visits her first teaching classroom. Soon thereafter she’s diagnosed as schizophrenic. She voluntarily commits herself to an asylum and undergoes horrific shock treatments… for eight years. Just before the thoughtless doctors can have her lobotomized, Janet’s books win her a prestigious local prize and the diagnosis is reversed. She lives with a bohemian writer while continuing to write, and her next book wins a grant to travel overseas. The Envoy from Mirror City: Janet’s adventures in England, France and Spain show her making an effort to break out of her isolation, but she eventually returns to New Zealand.

We know we’re in special territory from the first few images. The filmic equivalent of Dickens’ “I am born” shows a happy baby being picked up by a loving mother. The baby’s bare feet are helped to pace through the grass. Then the voiceover begins as we see a young Janet Frame walking toward us on a road. With a mountain of frizzy red hair, the pudgy little girl is a perfect candidate for social failure. Campion moves us rapidly through Janet’s formative experiences. Desperate for friends, she steals money to treat her classmates to gum but succeeds only in being branded a thief. Her personal catastrophe widens when, along with other unloved and unwashed poor children, she’s weeded from the class almost as an aesthetic gesture and put in a ‘retarded’ group. Scorned and humiliated, Janet builds a habitable world for herself by retreating into reading and fantasy. Even her large family doesn’t know how to interpret her avoidance of social contact. She stays a loner, private and shy beyond words.

Campion and screenwriter Laura Jones don’t smooth the edges of the tale; this is no My Brilliant Career in which we’re told the heroine is plain yet are confronted with the beautiful Judy Davis. Alexia Keogh and Karen Fergusson play Janet Frame as a small child and as a young teen, blending brilliantly with the adult Kerry Fox to give the impression of the same person growing up. Janet’s desultory narration describes a hopelessly unkempt and smelly outcast; she is forever teased and shunned by groups of other girls leading normal social lives. With blotchy skin and rotting teeth, Janet thinks of herself as a slug to be kept hidden from view.

All the more wonderful then that Frame’s gifts were recognized. The ‘Angels’ at Janet’s table appear to be a number of people who gave her encouragement when she needed it most. A loan of a book of fairy tales is like a ticket to another world; even in her ‘special’ classes, her poetic talents are rewarded with a prized medal and an adult library card. These signs of approval sustain her through painful years of school, avoiding other students while admiring male teachers from afar.

Just when Janet is getting her big opportunity to teach children, she cracks up in the classroom, unable to face the scrutiny of superiors. Her secret inner life, which is only a social defense, is unfortunately misdiagnosed as schizophrenia. Convinced that there must be something wrong with her, Janet is far too quick to volunteer to be sent to a ‘place to rest.’ 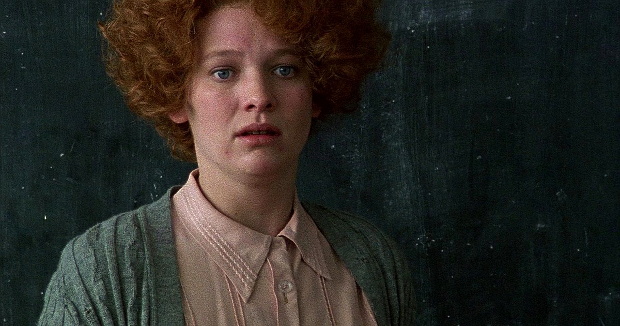 An Angel at My Table could easily be a horror story. Campion sketches Frame’s eight years in an asylum with short impressions. Instead of finding rest, Janet lives in mortal fear of frequent electroshock treatment, which were apparently dispensed to give psychiatric staffers the illusion of doing something proactive. Her rescue is almost too melodramatic to be believed. Fortunately, lobotomizing a literary prize-winner strikes even the asylum doctors as an inappropriate step. The reprieve — and some loving help from a sister — are all Janet needs to give life another shot.

Janet’s eventual trip to Europe is a combination of delights and disasters, a poet’s dream-come-true interrupted by the traumas of lost luggage and hostile rooming houses. A retreat in Spain is far less idealized than the Mediterranean experiences seen in Merchant-Ivory films. Janet flounders on her own before being accepted by the local women, who prefer her to the Americans that come for sexual adventures. The only stumbling point is Campion’s use of generic gypsy flamenco music to cover almost the entire Spanish episode. 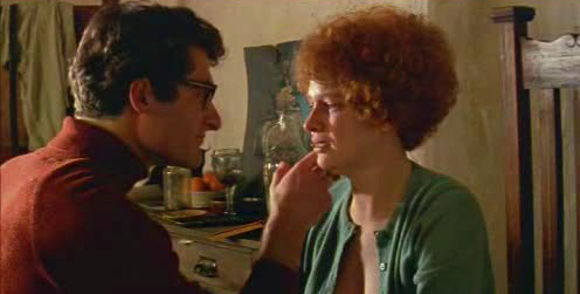 Janet has her first sexual adventure in Spain, but more importantly finds a release from her fears regarding her mental health. A no-nonsense English psychiatrist offhandedly tells her she’s not schizophrenic, and that if she doesn’t want to mix in with people, she has his approval not to. These few words from a stranger are like the lifting of a death sentence. At age 33, Janet finally becomes her own person.

The movie began as a three-part New Zealand Television miniseries directed and assembled with great care. Jane Campion’s approach is remarkable in this age of Victimization: neither Janet nor the film blames anyone else for her problems. The tale becomes a series of little miracles, as our unlikely heroine is rescued time and again by her ‘impractical’ literary gifts. Instead of lamenting social cruelties and condemning outmoded medical practices, An Angel at My Table demonstrates why progressive ideas of teaching and mental care are indeed more enlightened.

The Criterion Collection’s Blu-ray of An Angel at My Table looks terrific, barely acknowledging that the camera original was 16mm. The information on the transfer doesn’t describe the disc as a remaster, so this is likely began as the same high-definition digital restoration from 2005, supervised by director of photography Stuart Dryburgh and approved by director Jane Campion. Blu-ray HD makes a big difference in contrast and definition.

The extras also hail from Criterion’s first DVD release, in 2005. Campion, cameraman Dryburgh and actress Kerry Fox turn in a very good commentary. We learn that one of the most expensive items in the budget were the convincing red wigs worn by the three actresses playing Janet, the blast of red hair that makes little Alexia Keogh look like Little Orphan Annie’s unloved twin sister. A featurette covers the making of the film and its prize-winning trip to the Venice Film festival. A number of deleted scenes are short but pointed, especially a timelessly relatable clip in which Janet and other unfortunates are ignored during a game of jump rope.

The real Janet Frame is heard in an audio interview from 1983, discussing the autobiography and counter rumors of her insanity. We’re also given a trailer and a hefty stills gallery, where we can see Kerry Fox in her natural long dark hair and more attractive makeup. Criterion producer Kim Hendrickson assembles a fat 37-page booklet with a thoughtful essay by Amy Taubin and three substantial excerpts from author Frame’s three part autobiography.