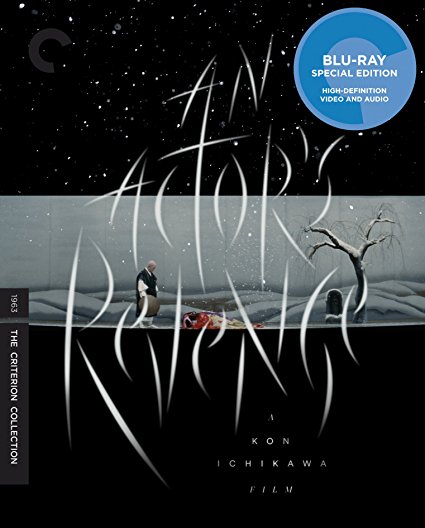 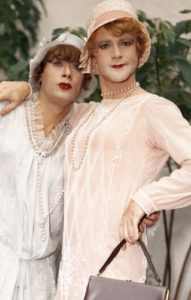 From Twelfth Night to Homicidal, casting calls for cross-dressers are a Hollywood tradition. The stories are alike in their differences; Katherine Hepburn was dodging the cops, Jack Lemmon was fleeing the mob, Dustin Hoffman was just an actor begging for work. Yukitarō, the enigmatic hero of An Actor’s Revenge, is gainfully employed but his motives are far more complicated than Hoffman’s needy thespian.

The story of a female impersonator’s vengeful killing spree, Kon Ichikawa’s 1963 film boasts a plot line John Waters would surely appreciate. But where Waters revels in the high comedy of lowlifes, Ichakawa’s movie is a ravishing melodrama set in the elevated atmosphere of death-dealing samurai, 19th century Kabuki theater and operatic emotions – Yojimbo by way of Douglas Sirk.

Headliner Kazuo Hasegawa has three roles; as Yukitarō Nakamura, an acclaimed drag performer who seeks revenge for the death of his parents, his female alter-ego Yukinojō and Yamitarō, a streetwise vagabond who doubles as Yukitarō’s guardian angel and guiding light.

Yukitarō is not your typical assassin – with his burly frame swathed in swank kimonos, his manner is as delicately ethereal as his ladylike stage character. But, as in all stories involving female impersonators, looks are deceiving; he stores a lethal blade in the handle of his dowager’s fan and brandishes a sword with the deadly panache of Mifune.

His drag trappings are also an unexpected turn-on for the ladies – the sight of the supernaturally lovely Ayako Wakao swooning over Hasegawa’s portly cross-dresser is a funhouse mirror of gender bending sexual politics worthy of Some Like it Hot – “Nobody’s perfect!”

As fate would have it, his adversaries fall victim to their own greed enabling Yukitarō to settle his scores without ruining his manicure. In the myth-making epilogue, the weary actor literally fades away in a field of grass, a suitable finale for this one-of-a-kind hero/heroine. It’s a fitting send off for Hasegawa too, who began acting at the age of 5 – An Actor’s Revenge was his 300th film.

The story of Yukinojō has been a sturdy perennial since it was first filmed by Teinosuke Kinugasa with the then 27 year old Hasegawa originating the role of Yukinojō. Released stateside as The Revenge of Yukinojō, the 1935 version found the overworked actor also playing his own mother and dialing up the Oedipal implications to 11. The story gained new life in a 1979 opera from composer Minoru Miki (Oshima’s In the Realm of the Senses) and in 2008 it was remade for Japanese TV starring J-Pop sensation Hideaki Takizawa. 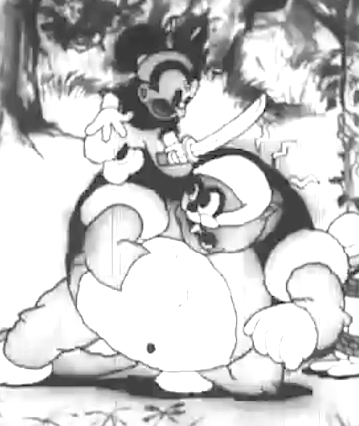 Born in 1915 and with over 50 films to his credit, Ichikawa cited Walt Disney as his greatest influence – his first film was an animated short in the style of Silly Symphonies, Shinsetsu Kachikachi Yama, in which the Mickey Mouse-like hero leads a band concert, rides a cannon ala Baron Munchausen and dispatches the feline villain with a samurai’s sword.

Though Disney may have provoked his imagination, Ichikawa’s work ethic more closely resembled John Huston’s, a director eager to tackle any genre, from hard-boiled noir to art house films. For those who know Ichikawa only from his desolate anti-war masterpiece Fires on the Plain or the homebound family hi-jinx of Being Two isn’t Easy, the sweeping theatricality of An Actor’s Revenge will be a revelation.

An Actor’s Revenge is, along with Kinugasa’s Gate of Hell and Hiroshi Inagaki’s Samurai Trilogy, one of the most glorious examples of color photography in Japanese cinema. Criterion can add their brand new 4K transfer of Setsuo Kobayashi’s scope photography to their overachieving list of brilliant Blu ray releases.

An insightful interview with film critic Tony Rayns about An Actor’s Revenge.

A typically erudite print essay from critic Michael Sragow who rightfully positions An Actor’s Revenge as “a killer blend of cinema and theater”.